I had a sad notification from Doug Virden and Facebook's KAAY-Mighty 1090 page: Bob Spears, a.k.a. "Bob Robbins", one of the Greats of KAAY, has passed on.  He started his radio carrier at KAAY 50 years ago.... 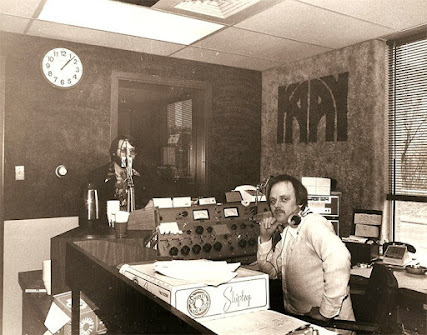 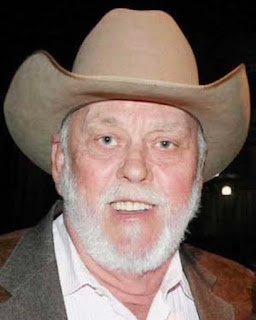 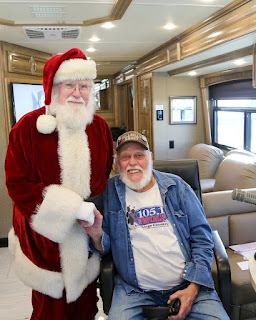 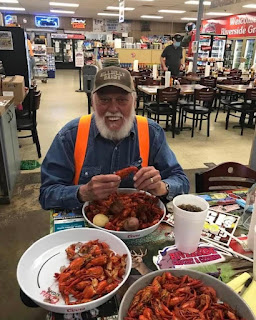 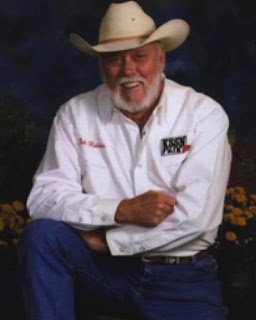 pSno0a1 l2 3 At43a8ayfh11hM:M49   ·
It’s with heavy hearts that we announce the passing of Country Radio Hall of Famer and Central Arkansas radio legend Bob Robbins. Bob’s love for his listeners, generosity to the community and love of country music and the artists who create it made him one of a kind. Please keep his family and his radio family at iHeartMedia in your thoughts as we mourn this tremendous loss.
From his partner and friend, Sonny Martin on Facebook:

nsoStyA 21:1iaf96 M 6M11al 01  ·
Memories are lifes' History and that will always be in My mind about My Good Buddy with a Paddle in his hand..We had so many of Life's adventures in the early days that weren't on the air..My Memories..I'll always treasure the many events we were a part of on KAAY and KSSN...Bob Robbins was a friend to everybody and showed it on the air..Like me, You need to keep those memories alive and remember the many good times and pass them along to those you love...Prayers for the Family from My family and Keep those Memories Alive.. 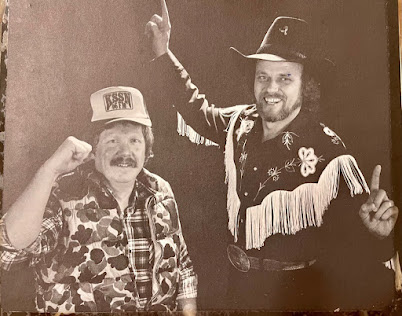 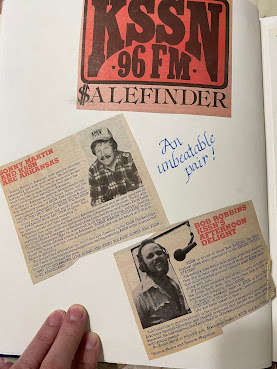 It's like Clyde Clifford said so many times before he signed off Beaker Street, something like, "Tell those that you love, that you love them...because tomorrow isn't promised."  It is certain that Bob made lots of friends everywhere he went and was heard...and that he won't be forgotten.
Please pray for Bob's family at this time....
Bud S. (staceys4@hotmail.com)
Posted by   at 6:53 PM No comments:

This was an ad I found on the KAAY-AM, The Mighty 1090 Facvebook page...the ad says it all: 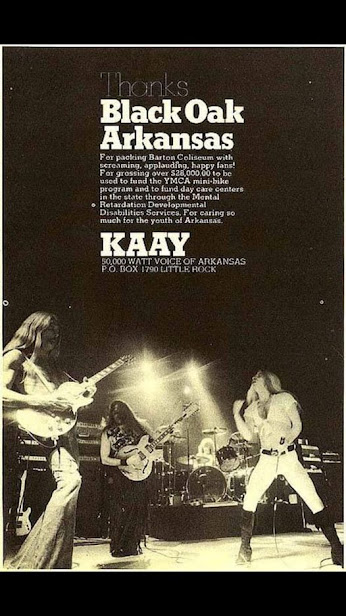 The Fate of KAAY's Nighttime Signal?

Friend of the blog Doug Virden shared this with me:

After losing one of its three towers in 2020, Cumulus Media's Christian 1090 KAAY Little Rock is now applying to eliminate the other tower utilized only for its nighttime array.  The move will drop KAAY to just 80 watts at night and dropping from a Class A to a Class D.  KAAY will continue to operate with 50kw non-directional during the day."

Therefore, it will go from this nighttime pattern: 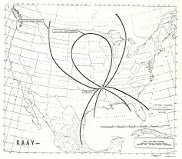 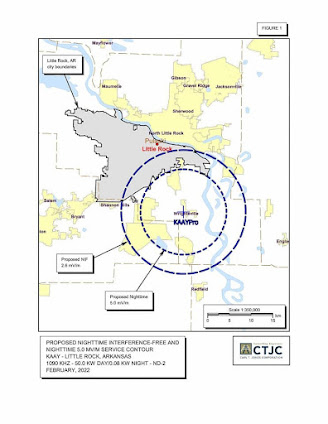 Courtesy of this 2nd photo goes to Greg Barman.

Estimations give maybe 20 miles coverage...virtually no signal in Little Rock proper.  The transmitter is in Wrightsville, AR....

Many are mourning this latest development.  There are many comments on the KAAY-AM, The Mighty 1090 Facebook page.

Thanks to Doug and Greg.

Friend of the blog Doug Virden alerted me about this unfortunate incident...from Richard Moore on the KAAY-AM, The Mighty 1090 Facebook page:

KAAY-1090 earlier this month filed with the FCC an extension of the existing STA and noted in the request, “after considerable discussion, a business decision has been made” to not rebuild the one fallen nighttime tower and instead seek a construction permit to operate ND 24/7 at a power to be determined. So, the legendary nighttime DA is dead for good. Permanent nighttime ND power to be determined.

Some comments of readers, edited for some content and not necessarily in any order:

"Dale Seidenschwarz What happened? This is a terrible end to a wonderful broadcasting property. I'm deeply saddened by the loss of this Arkansas landmark. (And the place I was able to find my calling.)"

"Drew Durigan Dale Seidenschwarz I am also saddened that this big signal is now gone forever. At night in Minnesota, KAAY was one of the strongest signals on the dial. You, my friend, are personally responsible for my falling alseep in school on several occasions because I was up listening to Beaker Street the previous night!"

"Lance Sanders Felix McDonald would be ashamed of what this station has become. He took pride in that huge signal."

"Daniel F. Case When we were considering our options prior to rebuilding the DA, nighttime ND was on the table, but not for long. The 25% power rule that allows KAAY to run 12.5 kW ND at night with an STA only applies because they have that nighttime DA, and they can’t get away with it indefinitely. The FCC let us know that we needed to either fix the array or turn in the nighttime license, and after analyzing what power we could apply for as a licensed night ND, the decision was made to rebuild. I don’t recall the exact power our consultants arrived at, but it was so pitifully low that it wasn’t worth considering. It would have been the functional equivalent of a daytime-only license that would have shredded the stick value of the station. We nicknamed the rebuild of the DA the “Felix McDonald Memorial Array”. After all the work we went through to restore KAAY, reading the latest STA extension application made me feel like throwing up. I wish Cumulus had fired me before that project started instead of near the end. Given the company’s reputation, I should have quit the day Cumulus took over."

"Phillip Rains Very sad. How the mighty 1090 has fallen."

"Doug Virden Richard Moore was this decision made by Cumulus or Vertical Bridge?

Richard Moore Doug Virden Vertical Bridge owned the tower so I would think it was them."

"Richard Moore It all boils down to maintenance."

"Drew Durigan Meanwhile, I'm listening to a gorgeous signal from Radio Enciclopedia in Havana. Just over 1,000 miles away, received on a simple portable radio from the 1970s. Communist Cuba maintains their AM stations. We do not. That speaks volumes."

Notwithstanding, we are seeing a mighty Giant fall. I have nothing else to say, except, thank you, Doug Virden, for alerting me to this sad event. Bud S. (staceys4@hotmail.com)
Posted by   at 6:33 AM 2 comments:

Thanks to Barry Mac, who posted this picture over on Facebook, and a member enhanced the picture a bit for the post in a reply...Barry said he didn't have any Christmas pictures for the KAAY FB page, so here is what he had: 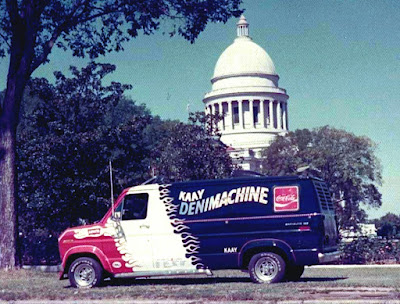 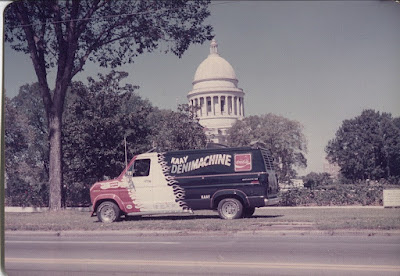 Once again, Greg Barman has produced magic!  But the back-story...

A few months ago, I was talking with some guys on Ham radio; a fellow Amateur Radio operator, Marliam Lee (callsign KC5BMW) came on when some of us were talking about KAAY.  Marliam (pronounced more-or-less MAR-lum) mentioned he had some reel-to-reel tapes with some KAAY material on them.  To shorten the story, we made arrangements to meet, I got the two tapes to Greg Barman and he painstakingly went through them.  What it boiled down to, there was only a little over 6 minutes of KAAY material on hem, and some other material from anther radio station, which isn't of concern here.

Bringing up the present: Greg suffered some computer problems (still getting fixed) but was able to wrangle the audio over from his laptop over to Internet Archive.and here it is!

Most of the material is of Clyde Clifford and unfortunately, all of Jonnie King is just a snippet, what some call a "radio check"...but it's positive identification.

Many, many thanks to Greg for everything he does- and thanks to Marliam for donating the material! 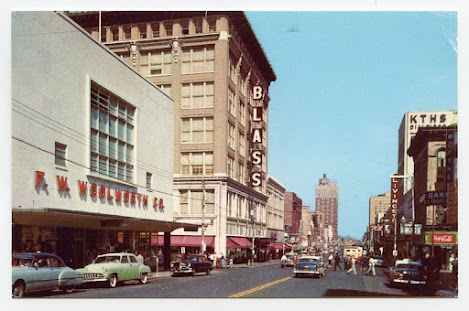 Thanks to Michael Hibblin on Facebook, comes this old postcard picture, via the Arkansas Democrat-Gazette.  The caption reads:

"Little Rock, 1958: The heart of the shopping district was still along Main Street. To the left is Woolworths, remembered for civil rights protests at its lunch counter, but gone today. The flagship Blass store is an office building today. Towering in the distance is the Grady Manning Hotel, the site today of the Little Rock Convention Center. KTHS to the right was in the first Gus Blass building, now restored. Arkansas Postcard Past, P.O. Box 2221, Little Rock, AR 7220" 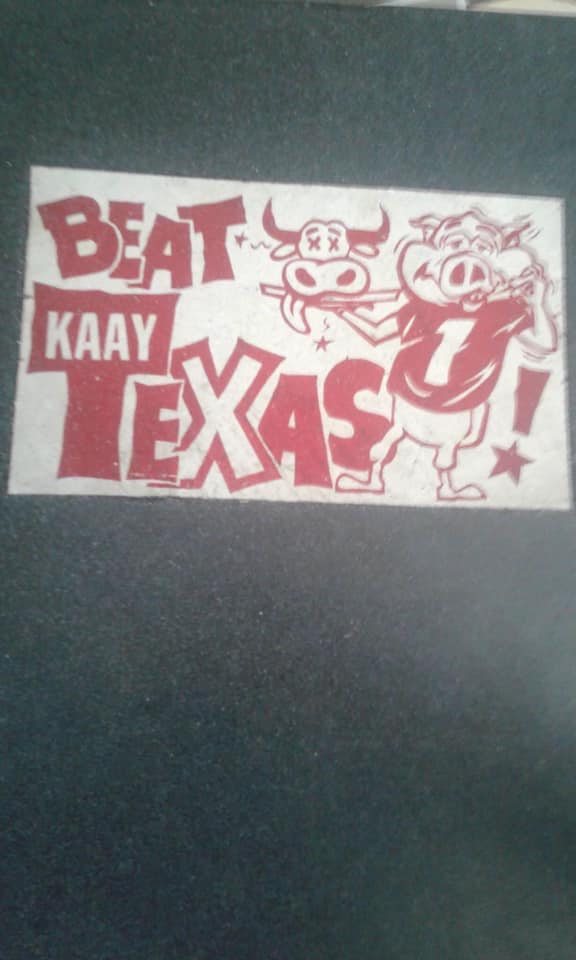 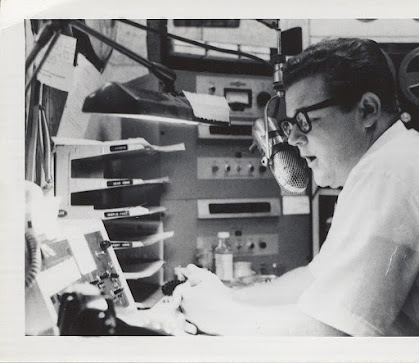 Barry Mac posted this at the KAAY-AM, The Mighty 1090 Facebook page

" Pretty sure this would be the late Walt Sadler, who went by Ron Owens on the air. Walt went on to work with several stations in the '70s and '80s, but ended up back at KAAY doing overnights in the '90s."

Others confirmed his thoughts.

" Just to further share, I first met Walt when he was doing news for KLRA in 1985, as David B. hired me part time after the sale of the "old" KAAY. I'm not sure where Walt worked immediately after KLRA (I know he was gone before they changed formats in '89 or '90), but he eventually was hired to do overnights with KAAY in, I think, 1993, replacing another crusty old radio veteran with a good voice by the name of Skip Elliott. Walt stayed with us through the Citadel sale in November of '98, and our move to the KARN building in March of '99. Walt had some health problems not long after that, associated with his diabetes, and went in for surgery to have part of his foot amputated early that summer. I remember talking with Pat Walsh, former KAAY GM, who went up to visit with Walt before the surgery, and he said that Walt told him he was hoping to be out within a week after the surgery. Unfortunately, there were further complications, and Walt died, though I don't recall if it was post-surgery or before he even had the surgery. Anyway, there's a lot more detail in regards to Walt, just in case you or anyone else had some interest."

His words: " This is the same area where pep rally’s (sic) for Razorback games were held." 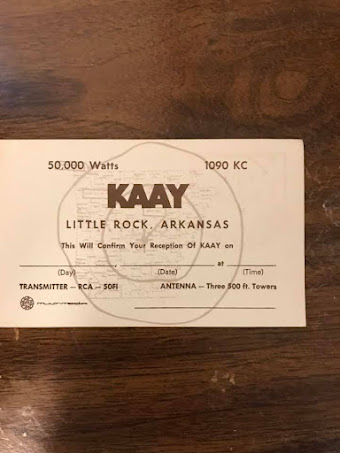 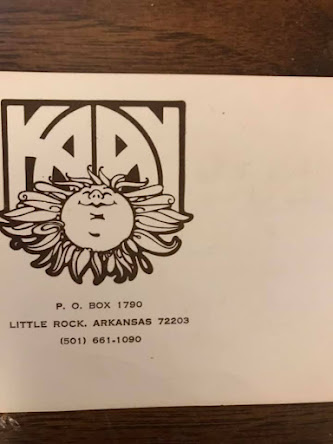 Thanks to Doug Virden, friend of the blog for this QSL card (front & back views).  They were given to him by the late Larry McDonald...they are blank because they were never filled out for a listener.

"QSL" came from early Amateur ("Ham") Radio days...when operators were communicating via spark gap (now outlawed, due to tremendous noise capabilities!) and then Morse Code, "Q codes" were used to communicate.  Instead of tapping out the entire word, "communicate" or "conversation", one would instead use the code "QSO", with other abbreviations, such as "FB QSO U", which essentially means, "It was great ("FB" meaning 'fine business') having a conversation with you ("U").

There were other "Q codes" that sped up communications.  One of the more familiar communications abbreviations is "SOS" (save our ship), which was used as a marine "Mayday", although not a Q-code.

Radio operators and listeners have collected QSL cards for many, many decades.  These are a verification of reception.  In their heyday, many radio stations would also send out other neat things along with the QSL card, such as bumper stickers and other mail-able items.  But these QSL cards came at a cost!!!  The listener had to correctly note date, time, frequency, program details (music played during the time noted) and any other details.  Sometimes, the listener would (and should still!) include some First-Class postage stamps for freight back to the listener.

Sometimes, the QSL would arrive back in days; I have known some listeners/operators to wait for a very elusive station for YEARS.  Since so many stations are now conglomerates and corporately-owned, many will not QSL, because the radio statin you're hearing in Anytown, USA is streaming material from a studio hundreds or even thousands of miles away.  And that one "jock", whether actually human or computer-generated AI personality, will never see that mail.

Hope is not lost, however; there are still plenty of stations out there who may still have staff on-board who can and still do read mail- it might take them some time, but the wait, in your case, MAY be worth it.  There are still a few shortwave stations who QSL.  If an AM or FM station no longer has actual cards, sometimes a letter from the station manager, engineer or other personnel is still counted as a QSL.

Have fun!  QSL collecting is still a hobby these days, although not as prominent as it once was...but I still cherish those that I have collected!