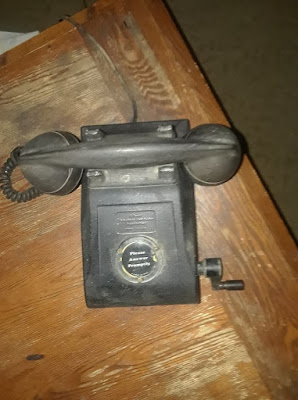 "It is a phone hotline my dad helped build the station it was called KTHS before Linn broadcasting made KAAY. I watched them change the letters on the transmitter building, it went from there to the Mighty 1090."

Thanks, Larry, for all you and your dad did to keep this mighty station on the air!

This was cut from a comic strip years ago, and Larry McDonald posted it on Facebook as the "Felix and Leta McDonald Family": 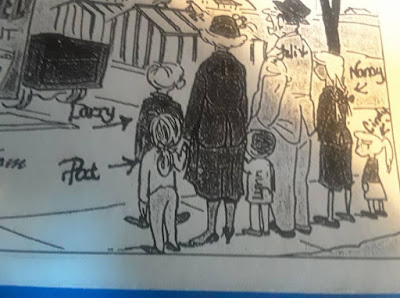 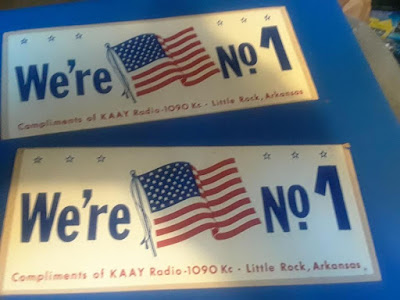 Thanks, Larry and Doug!

Sidney Woodbury just noted on the Facebook page "KAAY-AM, The Mighty 1090" that KAAY themselves no longer have a Facebook page:

"I don't know if this is a sign of some kind of change or just a coincidence, but there is no KAAY Facebook page, that would be the current KAAY, not the Mighty 1090 page."

More as their status develops....


From my e-mail recently:


"Bud,
My name is Jeff Barrette, I live in Madison Wi.  I crew up in a small southwest Wisconsin town.  I recently found your blog and it has been delightful.  I have been trying to read all of the posts’.  I have posted a few responses.  I have found all of the history of KAAY fascinating.  KAAY was without doubt my favorite station, even though I could only listen after sundown. The music that was played is timeless.
The purpose of this communication is Clyde Clifford. Because of Clyde Clifford and Beaker Street the music that is considered classic was introduced to millions of people.  It is my opinion that Clyde Clifford should be in the Rock and Roll Hall of Fame.
Would you be interested in assisting with such an endeavor?
Your fellow KAAY and Beaker Street fan.
Jeff Barrette"
Jeff, thank you for your e-mail!  There are probably a lot of people who think just like you.  When Clyde proposed this back in late 1966, "the suits" didn't think Beaker Street would work- little did they know the huge success they would enjoy.  Later, when other owners/GMs discontinued it, they disappointed a lot of listeners.  In later years, when it was aired on other stations with Clyde at the helm, it gained momentum again...but you know radio....
I hope many other people attempt this endeavor.  I have also petitioned to get Don Payne in the Arkansas Radio Hall Of Fame, since he was the last deejay to air it until "the suits" shut it down...to no avail.
Go for it, Jeff!  And thanks again!  Also check the Facebook page at: ttps://www.facebook.com/groups/198469254312/?hc_ref=NEWSFEED
Bud S (staceys4@Hotmail.com)
Posted by   at 1:36 PM No comments:

What KAAY Ought To Do?

Doug Virden notified me of Greg Barman's shared link over on Facebook's KAAY-AM The Mighty 1090 page:

Thanks to both you guys!