Another great piece of history, from A.J.'s archive...we'll let him explain in his own words:

"Continuing the history of Razorbackmania as promoted by KAAY. I need you help guys on the year this song was played. It's "The Pig" by the Pacers. J. Paul Scott wrote it and Bobby Crawford and the Pacers recorded it. Please email me the year and any other stories you may have connected with this record. Bobby and The Pacers still play dates today. As with all of the airchecks featured on this blog, it was recorded off the air and is presented here for educational purposes. "
---A.J. Lindsey Oct 22 2006

As A.J. has passed on, you may e-mail me at my address below if you have any info that A.J. originally wanted....

Thank you, Dave S., for the audio work!

Just got this eMail and wanted to share it with you ! Just so excited that this GREAT listener found my www.jonnieking.net Website and got to re-live a part of our KAAY History !

Feel free to Post this if you want...and I'll have something very cool to share next week !

BTW: In that photo you have of Walt Sadler (Ron Owens) by the KAAY Funmobile, that's Matt White (Sonny Martin) looking over his shoulder...wearing sun glasses. AND, it's definetely a Summer '69 photo !

Here's how that went down: I had just gotten there April 21st, as you may remember, and so I know the info well as the Album they were giving away was "Johnny Cash At San Quentin"...and the #1 Single out of it that we were playing was "A Boy Named Sue"...it had first hit the Billboard Chart on July 26, 1969, but we had played it l-o-n-g before that ! 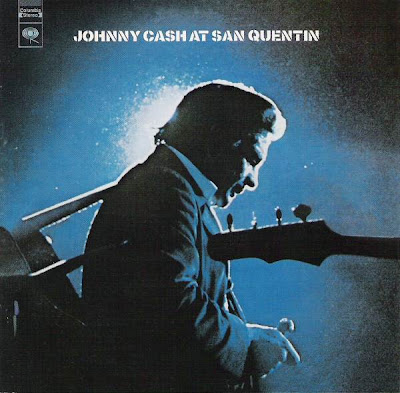 Me and my friends used to listen to you on KAAY in 1969-70 from Havana Cuba. I was 18 or 19 at the time. Many of us were never into Cuban music had developed a habit of listening to WQAM (Miami) during the day and to KAAY from Little Rock in the evenings. We all listened to WQAM from 1963 on.

KAAY became the main attraction in the evenings as soon as we discovered the Beaker St show. (also because of its powerful signal) I bet you guys never knew you had fans in Cuba !

Yes, we were quite a group of anti-communist "misfits" in that weird environment back then. The ones among us who spoke English had to translate for the ones who didn't. I used to record a lot of music off the air, using my dad's reel to reel recorder and then play it back at our little dance parties on Friday or Saturday nights.

Many thanks for making these pages available and with so much info. I never dreamed I would some day be able to see what you looked like.

I really miss those years just like you do. You should know that in 1969-70 KAAY was as powerful or more than the local Havana radio stations, and we were with you every night !

KAAY's "Ear on Arkansas" was another satirical "news program", this one spoofing Arkansas's "Eye on Arkansas" TV news program.  Again, rescued from A. J. Lindsey's site before the players quit, I'll let A.J. explain in his own words and his original post:

"I've referred to "Ear On Arkansas" in some old posts and one of the Timeless Tracks has a discussion of Ear. Briefly, it was a weekly 30 minute satirical review of the news in Arkansas. This was one of the features that made KAAY unique and not just another music station. Over the years, many different individuals assumed the responsibility of putting the program together. As I listen to some of the Ear recordings, I realize how times have changed and things that were important them, can hardly be recalled. Also, in 1967 no one would have guessed that the Arkansas Gazette (the old grey lady) would cease to exist. Here are a few cuts from an album that was pressed and given away about the year 1967. There was a second album done for 1968. Listen now to about 40 minutes of Ear On Arkansas"
---A.J. Lindsey, Nov 14, 2006

I was personally given one of those albums by Charlie Scarbrough ("Charlie King") a while back; it is in great shape, but I dare not put it on a turntable without a way to back it up to digital...maybe in the future, but it is in safe storage for now.  Please enjoy!

Thanks, Dave, for the audio!

From the A. J. Lindsey archives, previously posted on his blog, Dave S. has rescued this montage of audio from early on in KAAY's history, opening with the Rob Robbins Oldies Show, with Mike McCormick sitting in.  Hang on and enjoy nearly a half-hour of 'scoped audio!

This version has a "horn honk" at each division where it is 'scoped.  It has been quite some time since I have been able to listen to A.J.'s archives, and I don't remember this little phenomenon.

Thanks to Dave S. for retrieval, archiving and linking- Dave, we couldn't do this without you!

David B. Treadway Moves To Mornings On US 97!

Hooee, this ol' boy (who we all enjoy his prose and thoughts on the blog) has teamed up with Vicky Parker on the morning shift at KQUS, "US 97"!  The results are an almost out-of-control country music team (you MUST hear their "Morning Song"!), tearing up the airwaves in Hot Springs, AR- and the world beyond!  Link in and listen at:

Click on the "US 97" link at the upper right, turn up the speakers...then sit down, buckle up and hang on for the ride!  Their shift is from 6AM to 10AM Central, Monday through Friday.

David B., "The Voice Of Arkansas", you have re-gained this listener!

Thanks to Doug Virden for the reminder...as a matter of history, some would like to revisit and experience The Last Day's audio.  We did it in two parts back in April 2010, so we'll revisit it here.  Barry McCorkindale ("Barry Mac"), who is the originator of "Tin Can Alley", and David B. Treadway (whom I call The Voice of Arkansas on U S 97) both wrote their own version of that day.  Even though memories grow fuzzy over the years, these are still deeply personal and moving comments by what they remember.

There were still bits & pieces of audio we gleaned from A.J. Lindsey's blog from that day; they can all be found below, in one bite...just follow this link and scroll through the many, many posts we had regarding that sad day:

There are still sentiments of those who wish KAAY to return to her former glory; unfortunately, I doubt that will happen, even though many of us have fantasized about buying her for pennies on the dollar and resurrecting her.  Even the late, great Jerry Sims ("Sonny Martin II") expressed his desire to do so.  Nonetheless, when I saw consolidation take place a couple of decades ago, I shook my head and acknowledged that it was the death knell for radio as we knew it.

At times, I have to travel with one of my jobs (I have two, by the way, one full-time and one part-time); I constantly scan/seek and manually tune the AM dial.  I have found that there are STILL home-owned, mom 'n' pop stations and groups out there who have not succumbed to the  lure of the conglomeration giants.  My hat is off to them.  I, as well as many I am sure, wish that KAAY had not gone the way it had, but at least it does have Christian programming and not some of the garbage found out there.

Yes, yes, I know, that may be an unpopular statement on my part, but if you think about it, there's not much "out there" worth listening to.  I also scan the FM band and all the stations sound alike: the same country & western, the same rap, the same rock (of many genres)...and, yes, the same conservative talk, as stations take on either this or that group.  To be sure, the locally-owned stations DO have their own local talk show hosts in several slots during the day, and that's refreshing.  Even though KAAY has wound up to be a "tool" of a media conglomerate, at least she's broadcasting "the good news"....and not broadcasting cop-killer rap.

I know, it's time I get off my soapbox...for now...so let's go back in time (after men graduated FROM troglodites!) and revisit that Last Day.... 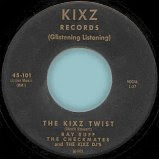 Paul Kirby, of Texas radio fame and friend of this blog, sent along a really neat comparison picture and recording, called "The KIXZ Twist", after he read the post regarding the "Big KAAY Twist".  He & I thought it would be fun to compare the two and allow you to hear the difference and likeness of the two...here's Paul's comments:

I do not remember who e-mailed me the KIXZ Twist MP3 at the moment. I will keep "mind surfing" and see if I can remember. Anyhow...here is what I was told...

KIXZ was (still is) an AM radio station on 940 in Amarillo, Texas.

Here is a link to Ray's obituary:

I think putting it on the KAAY blog for comparison would be interesting.

And thank you Paul for sending this along!

I met Paul Kirby and Vicki Worthington through George Jennings- not directly, mind you, but because George Jennings was a native Texan and also worked in the Texas radio markets.  Both Paul and Vicki are friends of this blog and we enjoy conversing back & forth via e-mail...they send along a lot of encouraging comments as well.

By the way, this is a good point to remind you of the website they have put together, where George Jennings is mentioned...it is called "San Antonio Radio Memories" and here's the link:

Thre's been quite a few additions since we mentioned them awhile back, so be sure to visit and enjoy!  Also be sure to click on their Comment/Question tab at the bottom and let them know we here at Mighty 1090 KAAY sent you and leave them some kind comments!

Thanks to Paul Kirby for this interesting bit of history!