KAAY Surveys! From David B. Treadway 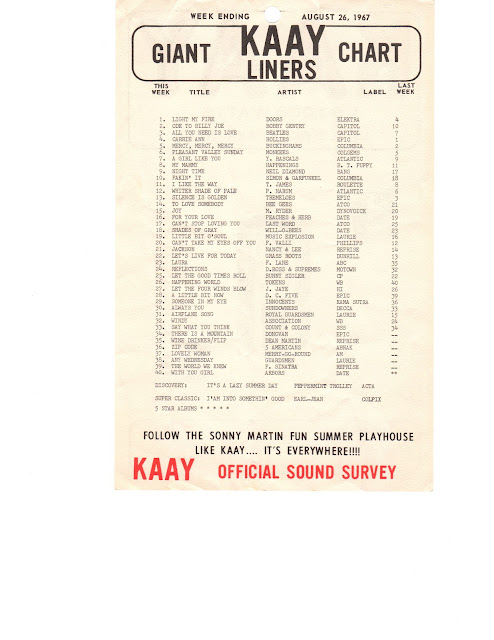 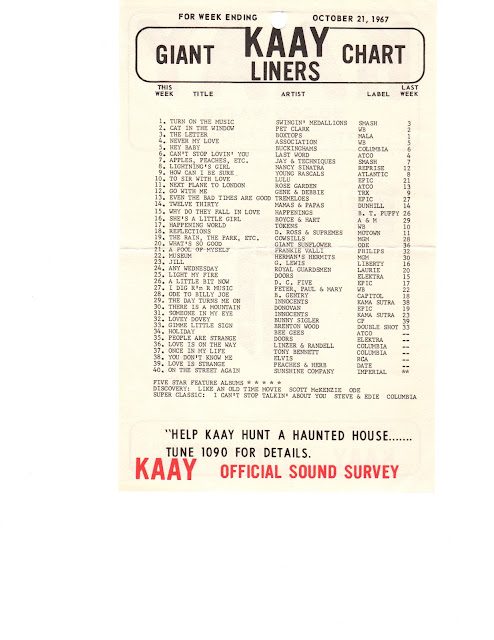 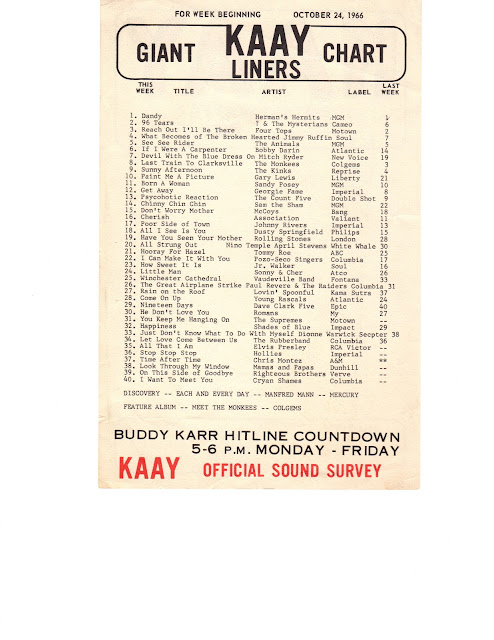 Here are some artifacts courtesy of Bob Moody, formerly of KAAY sister station WAKY in Louisville, Kentucky. WAKY (yeah, it was called "Wacky") was a Lin Broadcasting Corporation Station along with KAAY, and it was owned by Multimedia at the same time.

Bob was a tremendous help to me in launching the final Oldies format on KAAY in September of 1984, going so far as to ship a load of his personal vinyl to Little Rock--at his own expense. If that ain't respect for the Mighty 1090, I don't know what is! I also don't know how I'll ever repay him for such cavalry-to-the-rescue assistance in a desperate moment.

He says it's okay to post these surveys to the Blog, and that they are part of a larger and more wide-ranging package that he's sending to the Rock And Roll Hall Of Fame. (What a guy, huh?) Astute readers will note that, in 1966 and '67, KAAY continued to play the big national hits but was unafraid to include the regional songs that gave the station its neighborhood appeal. Quite a difference from this Brave New 21st Century when one could drive from New York to LA and hear the same handful of songs on every station along the way, no?

Bob Moody is one more great example of the support network that KAAY was once blessed with: creative and passionate people who wanted success for our station as well as theirs. They couldn't stand the thought of us going anywhere NEAR the ditch. Some times, we didn't even have to call 'em--they just showed up. Like they KNEW...somehow.

Listeners never heard their names, but dat ole 1090 would have been a lot less Mighty without them. God bless 'em every one! 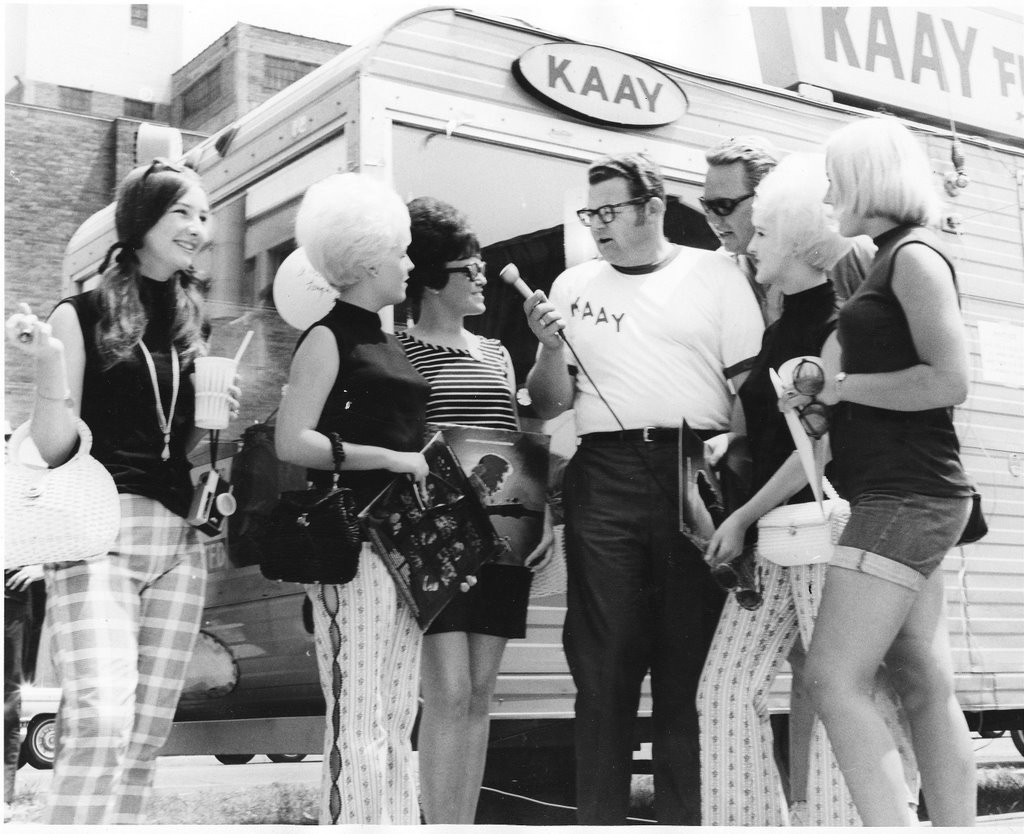 Here is the last in our first batch of the now restored "lost" A.J. Lindsey audio files.  The clip today is of Ron Owens (Walt Sadler).  Here's what A.J. had to say when he first published this clip:

"Walt came to KAAY from Louisiana at the recommendation of Ray Brown who was then the Doc Holiday. Walt took the name "Ron Owens" and I believe he was the second. He did D.J. work, news, remotes and anything he was asked to do making friends everywhere. Walt worked as sales manager at KOKY, and news at KLRA. He was back at KAAY (religious format) when he passed away a few years ago. Here is an air check from the 11/20/69." 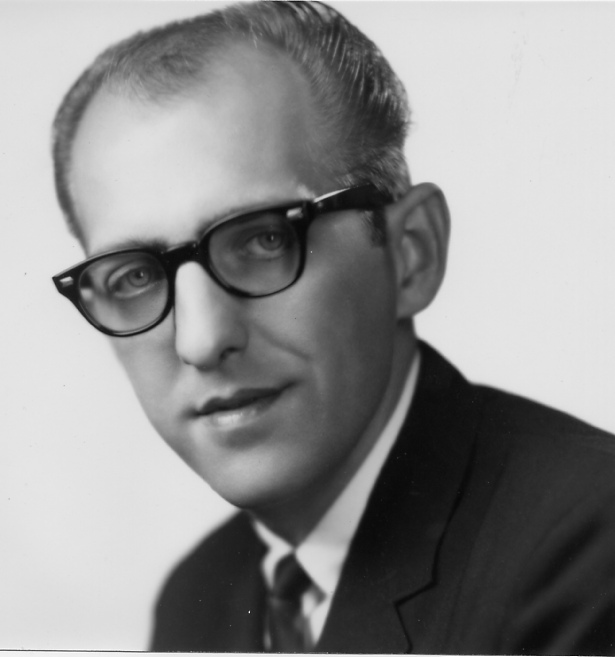 Continuing our republication of A.J. Lindsey's lost audio files, we have a clip of KAAY's first Program Director, Mike McCormick.  Here's what A.J. said about this clip:

"Mike McCormick a/k/a Jim Hankins, as mentioned previously, created the original sound of KAAY. He did the 9-12 AM shift. Here is his bio from 1962:" 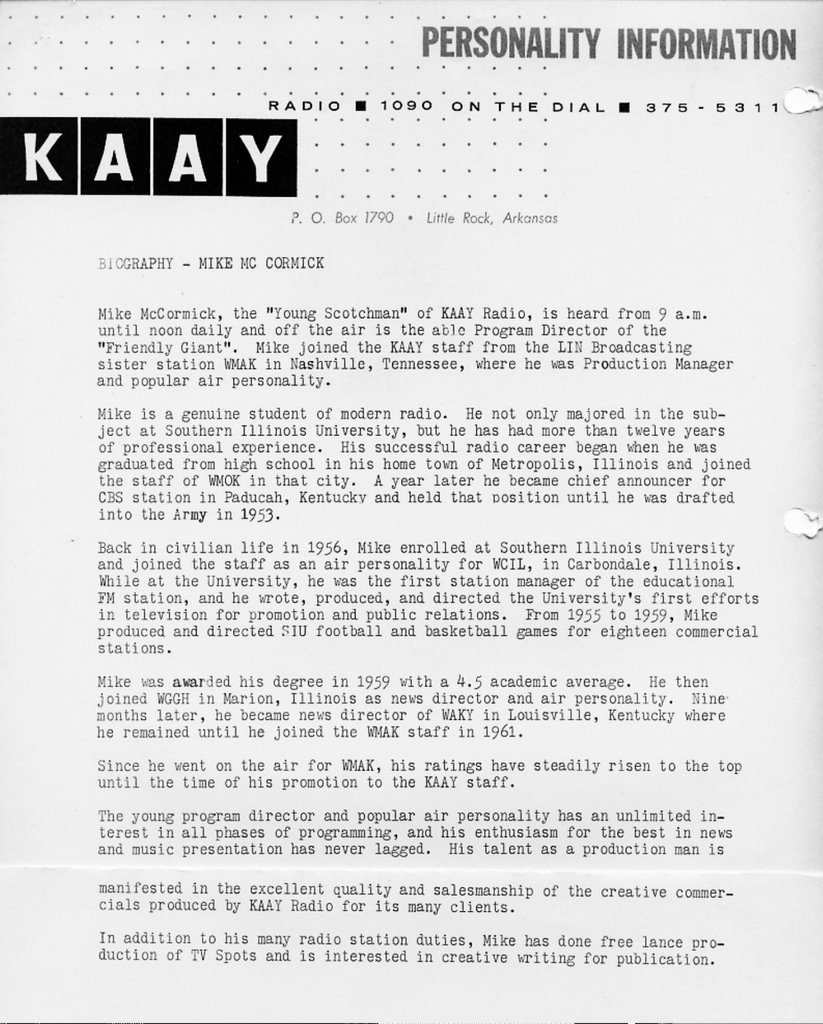 Now hear Mike and some of the early KAAY production with some of his "seasonal" promos."

Ten Years After...was, in my book, 'way ahead of their time.  When I heard that Alvin Lee passed away on this morning's news, I instantly remembered the song "I'd love To Change The World":

I know I heard this song on KAAY during the late, l-a-t-e evening hours...which added the mystique to the station and its cutting edge music parade.

You heard this on one of the Buddy Karr retro posts...this version, unchanged from the tape version and NOT modified digitally, comes to you from A.J. "Doc" Holiday" Lindsey's aforementioned "hidden" archive.  It is of the same era in 1963.

Sharp writing and performances show the dedication of the early-day KAAY personnel.  Hit it, Dave!