Chuck Berry and Jonnie King- And A Happy Anniversary!

Hey, all!  Jonnie King just wrote me with some good info- please enjoy!

"Wanted to let you know that I am happy that tomorrow (April 21, 2017) will be the Anniversary of my first night on KAAY 48 Year's ago!

IN CONJUNCTION WITH THAT, I've put together a Tribute to Chuck Berry...who has influenced my life and career since 1955.

The Info on the Link that I'm sending you, with my TRIBUTE TO CHUCK BERRY, was started the day after he passed-away. These are my Personal stories and memories of Chuck. I'll leave his Discography and Life Story to the many others that have, and will, chronicle those. I worked with Chuck FOUR times, beginning at the Batcave here in St. Louis in 1966.

The rare pix of Chuck and myself, and the other images, are most-all from my Archives.  The Audio is from RARE BBC interviews with Eric Clapton, Keith Richards, Johnny Rivers, and, John Lennon, that were to the best of my knowledge done in 1987 (except for Lennon's).

HERE'S THE DIRECT LINK to the Tribute Page. Let me know what you think, and, feel free to pass-it-on and add it to the KAAY BLOG if you have time in the next few days ! http://www.jonnieking.net/gpage44.html 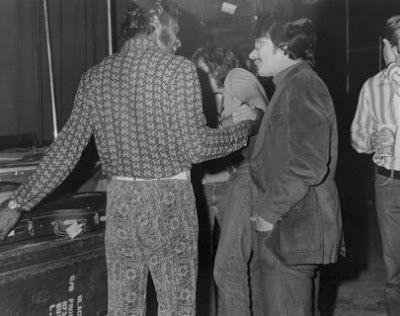 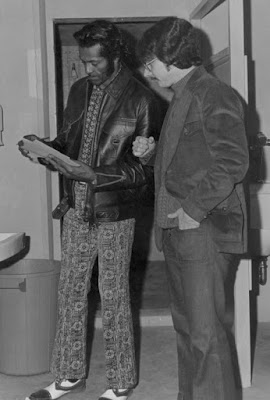 Thanks for all you do for us Bud, God Bless you and yours !
Jonnie "
www.jonnieking.net

KAAY Getting Cleaned Up? 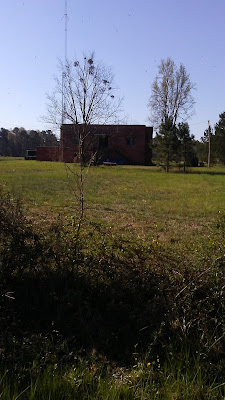 "Giving an update on what is going on at the KAAY transmitter site.  For the 1st time in about 12 years, the KAAY Transmitter Site has finally been bushhogged.  Found this out on another Facebook page so I went out the next day to take a few pics.  The property inside and out is being cleaned up.  You may be able to see the dumpster by the transmitter building.  The work is in progress in getting the original signal restored."

Thanks to Doug Virden for this picture he snapped a few weeks ago!  Keep up the good work!

Someone's ideal scenario is that KAAY does an about-face and revives the rock & roll music format, while retaining some of the Christian programming in other time slots/blocks...that coming from a Facebook post.  I agree.

This is not totally about KAAY.  It’s about another 50,000-watt former rock’n’roll audience giant that just went dark, a station that meant a lot to me just as KAAY has.

WFLI(AM)-1070, Lookout Mountain/Chattanooga TN, went off the air for good last Friday evening March 31, after 56 years of broadcasting.  Like KAAY, they dared to go fulltime rock’n’roll in the early 1960’s, rose to top ratings and stayed there for years.  The combination of their power, their personalities, the promotions, and the music, turned them into a legend known as “The Great Jet ‘FLI”.  They were huge, seemingly unstoppable.  I was a DJ there from 1975-76, just a blip in their long top 40 history.  And now, they’re gone.

Sure, there were differences between WFLI and KAAY.  WFLI dropped power to 1,000 watts at night, so it didn’t have the clear-channel impact and reputation that KAAY had.  WFLI was family-owned for its entire life by the Brennan-Benns family of engineers  ( https://brennanbenns.wordpress.com/about/ ).  They knew how to keep a used, monster-sized Western Electric 50kw transmitter alive, and how to provide their audience with homespun local talent.  In contrast, KAAY was owned by a series of corporations, with more money to spend and access to some of the best technical engineering consultants, and brought a big-city sound to a smaller market.

But eventually, both WFLI and KAAY were swept up by the same changes in audience tastes, technology, and in how to maintain profitability on AM.  WFLI’s rock audience drifted to FM, resulting in a change to a country format in 1979.  Only a few years later, the Benns family threw in the towel on trying to compete in the secular radio world, and went to a Southern Gospel and paid religion format that required only a small staff.   KAAY’s new corporate owners made a similar switch to Southern Gospel radio in 1985.  Over the next 30 years, both stations went downhill.  They saw declines in audience, let their technical facilities degrade with age, saw profitability slip, all while listeners gradually gave up on AM.  In Chattanooga, Nielsen market #88, the only AM station currently rated in the top 17 is in 10th place and it’s not WFLI.  In Little Rock, market #83, there are no AM stations in the top 13.   Details of KAAY’s technical decline are noted elsewhere on this Blog.  WFLI looks like a radio museum with its 60’s/70’s-era equipment, except for a relatively new 50kw Harris transmitter that replaced the old Western Electric beast.

I posted the sad news about WFLI’s demise on a Facebook AM radio group and comments flooded in.  Some people were amazed that a 50kw station just couldn’t make it anymore.  Others suggested creative ways to save the station.  And then other people berated the save-the-station folks, told them to face reality about the state of AM radio, and said the owners shouldn’t be blamed for wanting to shut it down, sell the equipment, and enjoy their retirement.  In short -- celebrate WFLI’s former glory days, but it’s time to let it go.

I bring all of this up just to raise the possibility that, perhaps someday, the owners of KAAY may also decide it’s not financially worth it anymore, and pull the plug on the formerly Mighty-1090.  That would have been unthinkable several decades ago, maybe even just one decade ago!  But, look what has happened to WFLI, where the march of time, technical neglect, and just the nature of change eventually caught up with them. 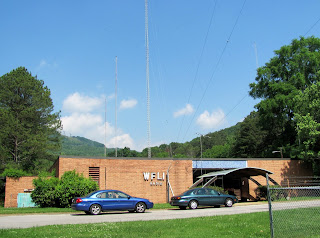 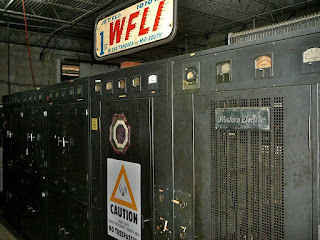 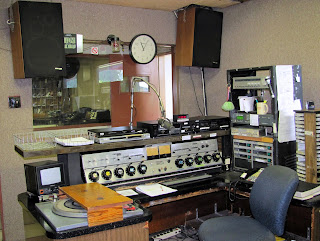