Nerwspaper Column Regarding The KAAY Celebration

The reports are just now trickling in...

"My brothers, sisters and I attended a celebration of KAAY radio at the CALS Ron Robinson Theater Friday night in Little Rock. Our Dad, Felix McDonald was the Chief Engineer at the station for over 50 years. KAAY was a huge part of our lives growing up. — with Lynn McDonald, Nancy McDonald Rinehart, Cindy McDonald Terrazas and Larry Mcdonald." 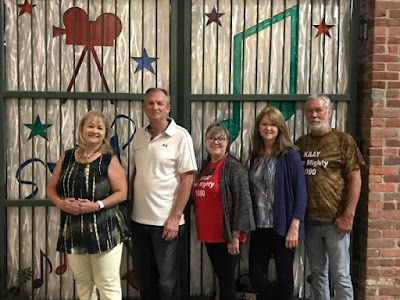 "Thank you Bud, for all the work you and the others do on the blog. I had listened to KAAY growing up, it’s hard to really pinpoint my earliest memory; earliest I can recall would probably put it around '72 or '73 which would've put me at 5 to 6 years old. I arrived at that from songs I distinctly remember hearing played on KAAY, Elton John's "Honky Cat", Stealers Wheel "Stuck in the Middle" among many, many others.  I know I went through several transistor radios and no telling how many batteries. I would listen when I went to bed and was supposed to turn it off but I seldom remember ever doing that, most times I would fall asleep or the batteries would go dead.

I’m  quite sure some of my listening was Beaker Street I just don’t have any distinct recollection of. KAAY was the ONLY station I knew of that played the whole "Rockford Files" theme single, one of my all-time favorite shows, and "one more for the road...." Boz Scaggs "Lido Shuffle" would wake me up so I could listen. Sometime along the way I got an upgrade, my grandpa got me a portable 8-track player with a detachable speaker and an AM tuner.  I got a portable cassette recorder when I was probably 7 years old, most if not all were recorded off air with a mic, from that radio, I was very careful to try and produce quality recordings (not sure if I achieved that).

As I got older I began to pay more attention to the DJ’s and other air staff. I can remember my mom introducing me to Ray and Ram, she didn't care much for rock'n roll, but she liked his morning show, to which I was immediately drawn to. At some point like many others I moved on to FM, found KLAZ, KKYK and KLPQ- Q94, and reintroduced to Ray and Ram when they would do the morning show simulcast, probably around 1980. I would sometimes almost be late for school wanting to listen just a little bit longer to see what Ray would do next!

I was in my early teens but still a kid not thinking how things would change, if I’d known about the changeover of KAAY in 1985(I was in 10th grade)  I would probably have recorded all of the last day, as I recall my dad showed me an article in the state paper about it after the fact. I had originally wanted to get into radio and ended up not pursuing it as that my life and work took me in a different direction.  Looking back even behind the scenes or technician would've been ok too.

I have always loved music and the radio, still do. I think because unlike TV I could be doing other things and focus my attention on other things but yet it was still there. I miss the way it used to be, we are fortunate we have two stations in nearby Clinton, AR (3 if you count the FM translator) that are locally owned, KGFL AM 1110 5kw daytime only, and KHPQ 92.1 FM, they are for the most part satellite fed, with some local programming. But the owners and families are deeply involved in the community.

There’s probably more, sometimes reading on the blog will trigger memories for me and I’ve gotten where I try and either write them down then or do a note on my phone or iPad. 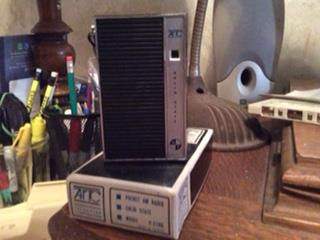 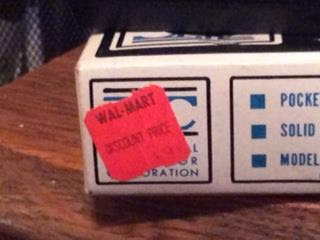 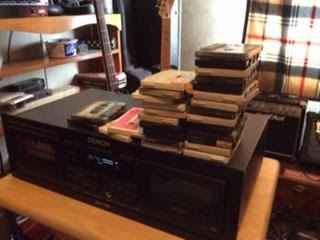 (Great memories, Keith!  By the way, Keith has found some tapes he's repairing, we should have some audio for the blog in the coming months!  Thank you, Keith!  Bud S., staceys4@hotmail.com)
Posted by   at 12:00 AM No comments:

As some of you may know, Richard Irwin (aka "Uncle Ricky") passed away on June 6 in Sacramento CA.  He was the founder, administrator and tech guru behind Reelradio.com, likely the highest-quality paywalled radio aircheck site on the internet.  He had been in declining health for several years. He shut down his site a few months ago to deal with his health, and seek someone else to run it.

But no one else could run it, not the way he ran it.  His standards were obsessively high.  It went beyond that airchecks had to be good technical quality.  He edited them to his own satisfaction, and even used an audio processor to present them on the site.  He wouldn't allow Mp3 versions of airchecks.  He stuck with the RealAudio format, which was cutting edge back in the day but no longer.  He knew UNIX to run the system that hosted the site, and did all the paperwork and payments associated with licensing and other legal requirements.  Who else would or could handle all of that?

He fought an impressive battle against the mighty RIAA in 2014-15.  The RIAA had cracked down on him for running untelescoped airchecks, claiming it amounted to being a streaming music site.  Irwin contended that Reelradio was a museum site, not an on-demand music site.  Irwin dropped the unscoped airchecks for a while and changed his site significantly to comply.  Behind the scenes, he obtained legal help.  Then, one day the site returned back to normal.  The unscoped airchecks were back with no further explanation.  I called him up to congratulate him, and I asked if he could share what happened.  He clammed right up, and wouldn't say a word.  That made me wonder if he so successfully embarrassed the RIAA that they made him sign an NDA to make the problem go away!  If the RIAA had prevailed this may have prevented others from posting unscoped airchecks elsewhere, so I'm glad that Irwin was a fighter.

He could be cranky too.  He insisted that contributors shared their airchecks exclusively with him.  I incurred his wrath one time when I shared one exhibit elsewhere.  His site was pirated endlessly by people who took the airchecks and posted them elsewhere, often for money.  He blames the piracy for the decline of his subscribers.  In reality, it's impossible to avoid theft on the internet.  Plus, there are other (and free) aircheck sites.  And, it's aging demos -- the audience that appreciates this kind of radio history is shrinking.

So, hundreds of high quality exhibits are lost, possibly forever, unless his estate or the ReelRadio board members find someone to host them.  I have many exhibits there that I will now post elsewhere, most likely the Facebook groups "Radio Jingles and Airchecks", "Chicago Radio Timeline", "I Love AM Radio", "The Broadcasting Club", plus "The Mighty1090 KAAY Blog"  and maybe others.

Here’s an aircheck of Wayne Moss on KAAY, doing afternoon drive in 1972.   Years ago I posted this elsewhere, on a paywalled aircheck site, and I promised the owner that I wouldn’t post it anywhere else.  That site recently went under and likely not coming back.  So now I have posted it here -- on the site where it truly belongs!

I got this aircheck from a fellow I met in 1975 on my first-ever fulltime radio job.  It was at WMYK(FM), licensed to Moyock NC but targeted toward the Norfolk VA market.  It broadcast from a few trailers at the tower site, just south of the NC/VA state line.  This guy was a guest of either the station PD or owner and I dubbed the aircheck from him.  He said he knew Wayne Moss and he regaled me with lots of KAAY stories.  The only one I remember was how KAAY arranged for interns or part-timers to work for competing stations, and learn about their upcoming promotions.  Then they would tip off KAAY so the Big K could counter them with even bigger contests and promotions.  Young spies!  Did KAAY really do that?  I don’t know, but it was a great story.

About the aircheck – It covers just over one hour, telescoped from 3:27pm to 4:30pm on Tuesday, May 23, 1972.  There’s a heavy spotload, LOTS of commercials. Only once do you hear 2 songs back to back, at the top of the hour.  There are several political ads, with an Election Day coming up 1 week later.  Mary Donald has the news at :55 and :28.  The big full sound of KAAY really impressed me ever since I heard this aircheck.