"Saw this on top of the console where Clyde did Beaker Street.  This was a very big football rivalry when Arkansas was in the Southwest Conference.  Even had a bet between KAAY and WOAI one year, unfortunately Arkansas came out on the losing end of that bet. 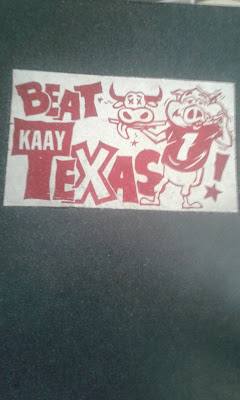 The console used to sit in front of the old RCA, it has since been moved in front of the Harris Transmitter which has been there since 1980.  The new transmitter is still in the crate and I will post a pic of it for the next post and give an update on it." 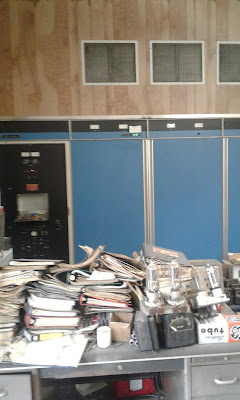 Thanks, Doug.  I remember when the console was in front of the old RCA back when I visited back in April 2012.  Wish I had all those notebooks there, too.  I wonder if any of the old station logs have been thrown away, too?

Thank you for sharing, Doug, we'll be looking for more coming our way!

Comments From Cuba, From Antonio Diaz

Took some pics of the towers and you will notice fencing around each tower as well as where the guy wires connect to the insulators on the ground.  It was raining off and on the day I was there so I didn't get close up to the towers. 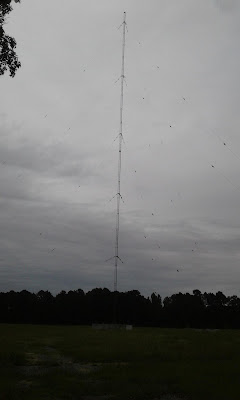 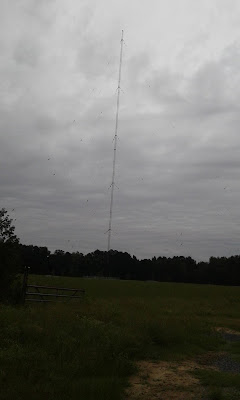 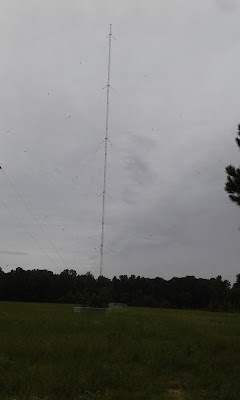 Once again, Doug, thank you for the pictures and the update!