KAAY Great Wayne Moss sent me a packet of letters the station received over the years to share with you, dear reader and visitor!  I'll sprinkle them about the blog, here and there, as they are great history and a small representation of the massive amounts of mail KAAY got over the years.

(If anyone out there has any other letters to share with us and, ultimately, other KAAY fans around the world, please contact me at my e-mail address below. bs)

This first letter comes from Havana (Habana), Cuba.  At Wayne's insistance, I've edited it (and other letters to come, from Cuba) to remove the names, as political pressures even today may endanger those who may still be living.  As I've gotten assurances from some KAAY fans in Cuba, but warnings from others who have left Cuba, I must err on the side of caution, as per Wayne's wishes; I would wish NO harm to anyone, in any way, through this blog!!!

This first letter (yes, we'll get to it!) is from a fan club; I'll only publish two pages here, as the last page had the members' names on it.  This information will NOT be shared under any circumstances, due to security reasons.  The second letter, also edited, is the reply from KAAY to the fan club.  Although lengthy, both HAD to go together for cohesiveness and continuity....

OK, read history here!  Note in KAAY's reply all the people who signed it! 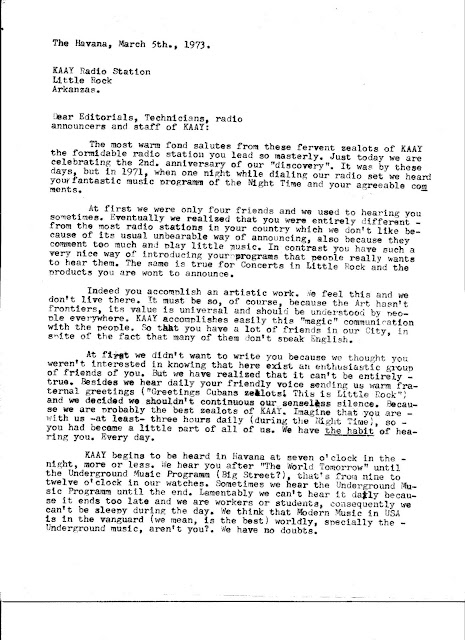 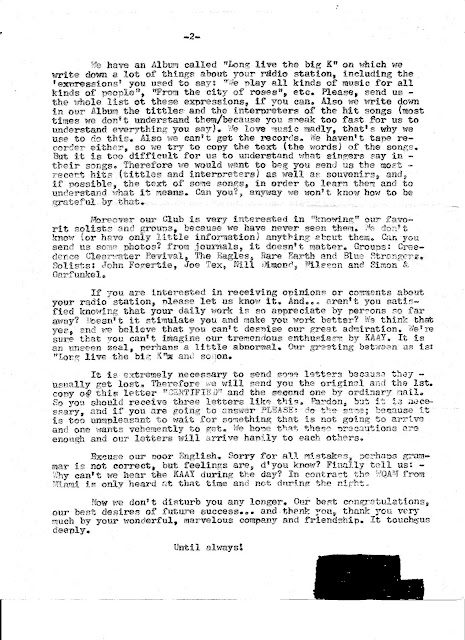 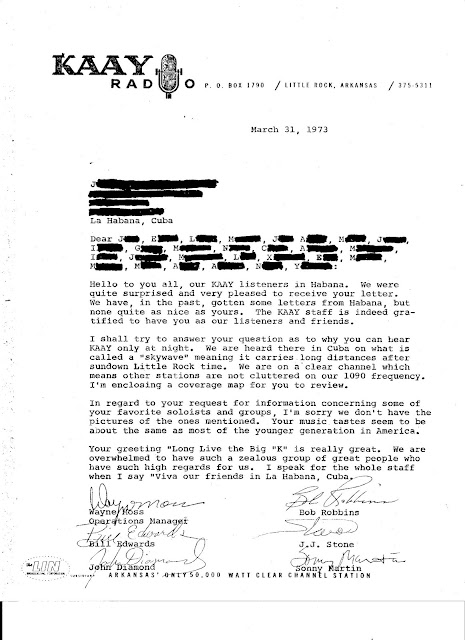 What wonderful history!  Our thanks go to Wayne Moss for this and other letters to come. 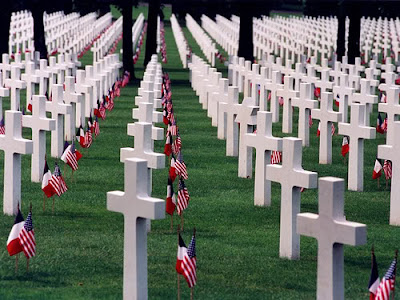 Who Is Russell Jones?

From the Russell Wells Collection, here is a brief clip of Russell Jones. Can anyone tell us about who Russell Jones was, was that his air name or real name and when did he work at KAAY?

Thanks again to Russell Wells for sharing and thanks to Dave S. for sharing his time and skills to bring these audio treasures to the blog for you all to enjoy!

Doug Ward, who sent in the George J. Jennings YouTube video awhile back sent in this little historical tidbit:

"...I noticed a post a few months ago discussing KLAZ-FM and its founder, Dan Garner. Dan died several years ago, but it should be noted that he almost had a huge deal after KLAZ - he received one of the first licenses for a Direct Broadcast Satellite. Dan and his engineer, Dr. G. Gordon Apple, were truly the pioneers of the industry. Unfortunately, his license got transferred to another company due to FCC politics, and now the DBS industry is served by DirecTV and Dish Network. So in a way, KAAY served as an indirect inspiration that led to the satellite TV programming I enjoy at home today.

Again, more great hit music (even though it is 'scoped), brought by Eric Thomas on KAAY!  This seems like a continuation (or very similar) to the previous post.

This is another example of the daytime broadcasts many of us could not hear.  Even though it is heavily 'scoped, it still brings back good memories of the music from the early 1980's....

And again, thanks to Russell Wells for his donation and to Dave S., who donates a LOT of his time behind the scenes to make sure you enjoy these audio goodies!

"Steve Cropper and Duck Dunn!" Maybe you remember John Belushi shouting that at the end of the classic "Soul Man" from the first Blues Brothers movie. He referred, respectively, to guitar player Cropper and bass player Dunn, who starred in the band that was "powerful enough to turn goat (pee) into gasoline." And it was hard to miss Duck's appearance with his afro, his beard and his pipe.

On Mother's Day, May 13, 2012, word came that Duck had died in his sleep in Tokyo after doing two shows the previous night with Stax greats Eddie Floyd and Steve Cropper. He was 70 years of age.

If you're any sort of hipdog, you know that Duck Dunn came up with Booker T And The MGs, although he did not join until after "Green Onions" (bass on that cut was handled by Lewis Steinberg). When you took Booker and them, added The Memphis Horns and Isaac Hayes on piano, you had the house band at Stax Records.

Wilson Pickett, Sam And Dave, Otis Redding, Carla Thomas, Johnnie Taylor. When they cut their hit records at Stax, the mighty Duck Dunn was anchoring the low end. Alongside the fabulous Al Jackson, Jr (nicknamed "The Clock" for obvious reasons) on drums, he laid down a groove that may well outlast the pyramids.

I wouldn't know this until many years later, but Felix McDonald's fabled 70-cycle bass cutoff in the KAAY audio chain only enhanced and defined Duck's soulful low notes. The compression in the line and the tubes in the RCA transmitter made 'em as thick and greasy-delicious as a plate of Memphis ribs. All I could tell you at the time was that those Stax records jumped right out of the speaker and grabbed you by the butt!

Yeah, it was KAAY that brought Duck Dunn to my teenage wasteland, same as it brought me the lonesome moan of Levon Helm--and now they're both gone to the Skywave.

Here's a couple of choice examples of Duck Dunn's legacy, first with Johnnie Taylor, then with Otis Redding:

Here's a "new" one, from the Russell Wells Collection!  Doing my research, I haven't found anything on Eric Thomas before.  Here is a 'scoped morning aircheck from May 1981:

Can anyone give us an insight on Eric Thomas and if that was his real name?  Thank you!

And thanks to Russell Wells for sharing; and to Dave S. for sharing his computer skills to bring these audio gems out for us to enjoy!

George Jennnings and the Jonesboro Tornado


Doug Ward sent us this!

What if the 1968 Jonesboro Tornado Happened Today?

To me, that news announcer sounds like George J. Jennings, so I'm passing this link along for your opinion.  Perhaps it was found in your archives?

Thanks for the excellent KAAY blog you are publishing.

Take a look at this presentation by Andy Rector, my old boss and former part owner of ITC, on the history of cart machine development.......

(Dear reader and visitor, Paul Kirby, as you may remember, was introduced to me via Vicki Worthington through her book "San Antonio Radio Memories" and I have read the book several times, enjoying it every time.  Paul was a large contributor to the book and he and I have e-mailed each other several times since then.  Paul is a very enjoyable and knowledgeable gentleman to know and I respect him very much for his wit and knowledge.  Since many of his memories also encompass the same technology as that of KAAY and other stations of the 1962-1985 era, I am more than pleased to include his comments for the blog- he, Dave Montgomery, Hollis Duncan, Felix McDonald and others are the unsung heros who kept our beloved stations alive, for us to listen to and enjoy...and who'd've ever thunk it that these wonderful, magical marvels of the airwaves ever needed maintenance?  We never knew it, or thought of it, did we?  So, herewith, is Paul's post!  bs)

Thanks for forwarding and posting my comments about endless loop tape cartridges.

Here are further comments as verified by a couple of 50s broadcast engineer types who were "there when it happened."

The endless loop tape cartridge was first designed in 1952 by Bernard Cousino.

Collins was the first company to make the endless loop tape cartridge technology available to broadcasters via a licensing agreement with Eash.

Bill Lear did attempt to make a usable endless loop tape cartridges in the 1940s, but failed.

What Bill Lear did (also in the early 60s) was to modify the Fidelipac and 4-track technologies so the capstan roller was embedded into the tape cartridge and to double the number of audio tracks on the tape from 4 to 8."
Posted by   at 10:29 AM No comments:

Folks, here's Marvelous Mark Larsen!  In checking with Mark, he said he'd sent this to us awhile back and we already had it on the blog...and this was in Russell Wells' collection, so we thought we'd bring it back.  So, for your enjoyment, here is mixed-bag aircheck of Marvelous Mark from 1979!  Times are all over the place, so I believe this is a montage of dates.  'Scoped, yes, but I'll bet the snippets of music got your toes tappin' and memories flowin'~!

Thanks again to Russell Wells, for sharing his great collection!

In the 70's, tape cartridge technology was good enough to record the music on endless loop carts, for airplay. Playing "records" on the air was beginning to give way to new technology. Records, after all, could get scratched, could develop noise resulting from dust and dirt in the grooves, and might even break if dropped or mis-handled. Frequently played records would have to be replaced, sometimes as frequently as once a day because of some sort of sonic defect. Tape cartridges would solve most of these problems.

The endless loop tape cartridge was a derivative of 8 track tape cartridges, except it used high quality studio grade lubricated tape, and specialized tape decks created specifically for broadcast use. That's what was done at ITC, International Tapetronics Corporation, where I went as service manager after my tour of duty at KAAY.

When carts were used on the air, there was always the danger that a cart would "die" on the air. The example KLPQ blooper was what it sounded like when a cart failed and the DJ was not in the room or otherwise not paying attention: Moments of nervous dead air, then the panicked scramble to get things corrected.

The ScotchCart was introduced that took tape cartridge recording and playback about as close to studio grade reel to reel performance as was possible with the technology of the time - direct A-B comparisons between the original material and the playback version of a ScotchCart were usually undistinguishable, even for the fabled "golden ears' always present in the studio. 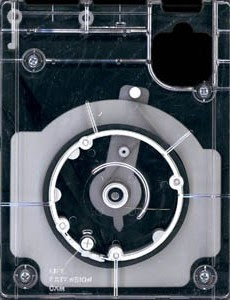 (ScotchCart audio tape cartridge)
But the ScotchCart had one very big problem. It would run for literally hundreds of plays beyond that of a traditional tape cartridge, and then without any warning whatsoever it would fail, usually at the worst possible moment. Since I ran the service department at ITC the telephone calls ultimately ended up on my desk. And there were a lot of P.O.'ed engineers I had to deal with.

We spent huge amounts of man-hours researching the cartridge failure mechanism. We discovered the failure mode, and from that we then developed a resolution strategy. We decided to develop the means to dynamically measure the cartridge playback performance in real-time, and display the cart performance in bar graph form. We used a "red-yellow-green" LED bar graph display that could be easily read at a distance. The idea was that if we could give the DJ an indication that the cartridge was beginning to fail, and how soon till disaster strike, he could pull the cart out of circulation until a new, replacement cart could be made and substituted.

Today, most radio playout is done from digital databases, and audio tape cartridges are used only on a limited basis, if at all.

Lance Sanders sent us this audio post and note!

I was going through some old tapes I had recorded & found this funny blooper from KLPQ, the FM sister of KAAY.

The cart snarled during a song; a dash for another ensues on-air.  The guy did a good job recovering, but I can't remember his name. Bet some of the readers will know.

This is spring of 1981 if tape was marked correctly. Enjoy.