"...here are some pics from Friday night.  First is Big John Miller who works at the Butler Center kicking things off.  He has all the reels Barry Mac has restored.  Second is the panel of speakers from left to right Clyde Clifford, David B. Treadway, Sonny Martin, Barry McCorkindale, and Bob Steel.  Bob Robbins wasn't able to make the event and he was truly missed.  Third, is moderator/emcee Tom Wood, his background is he came to Arkansas from Peoria, Illinois in the late 70's to start up a new radio station called MAGIC 105 which went on the air the following summer.  I'm sure Tom listened to KAAY in Peoria.  Barry also worked at MAGIC 105 on the weekends in the 90's in addition to KAAY. 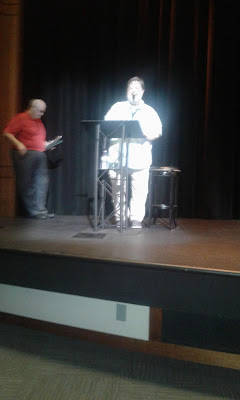 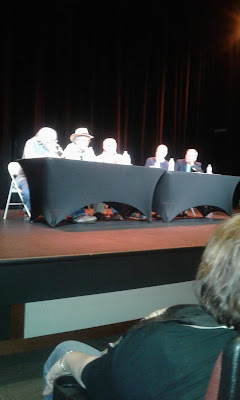 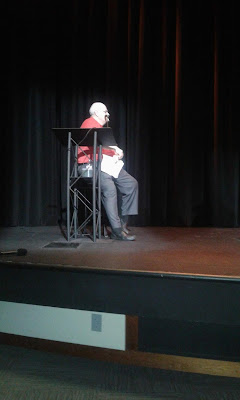