The particular "Bo Ryder" we're concentrating on at the moment is Andrew Allen Williams.  I had a nice conversation with his son John Williams and have been in Facebook contact with his daughter Jennifer Eversole, both great, sweet folks.  Here is the obituary:

If you would like to leave a word of comfort or an encouraging word or just a good memory about Bo, you may do so here:

I'd sent the link of the short audio bit we have here of a "Bo Ryder", but unfortunately, it was not their dad.  So far, as you'll read in an upcoming post, there were probably three "Bo/Beau Ryder/Rider" personalities.  If anyone has any memories of Andrew "Bo Ryder" Williams, please forward them to me ASAP. 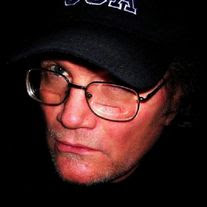 John Williams told me that they had a memorial service for Bo at Dewitt Park on June 17 and was wondering how they were going to put it all together when they got there; when they arrived, they found out that friends of Bo had already set things up and they had to do nothing- that it was a beautiful affair!  Thus shows the love for this man and his family.

Rest in peace, Bo... I'm sure Pat, Jerry, Howard, George, A.J. and others were there to welcome you into the fold....