OK, we come to the end of the pictures and memories.  Sure hope someone thought to roll tape (video or audio) of this reunion... if you did, please contact me, I'll put it on here!

OK, some parting comments of Doug Virden, with pictures:

"The first and second pics are of Bob Robbins and Sonny Martin telling some good stories of them working together over the years. 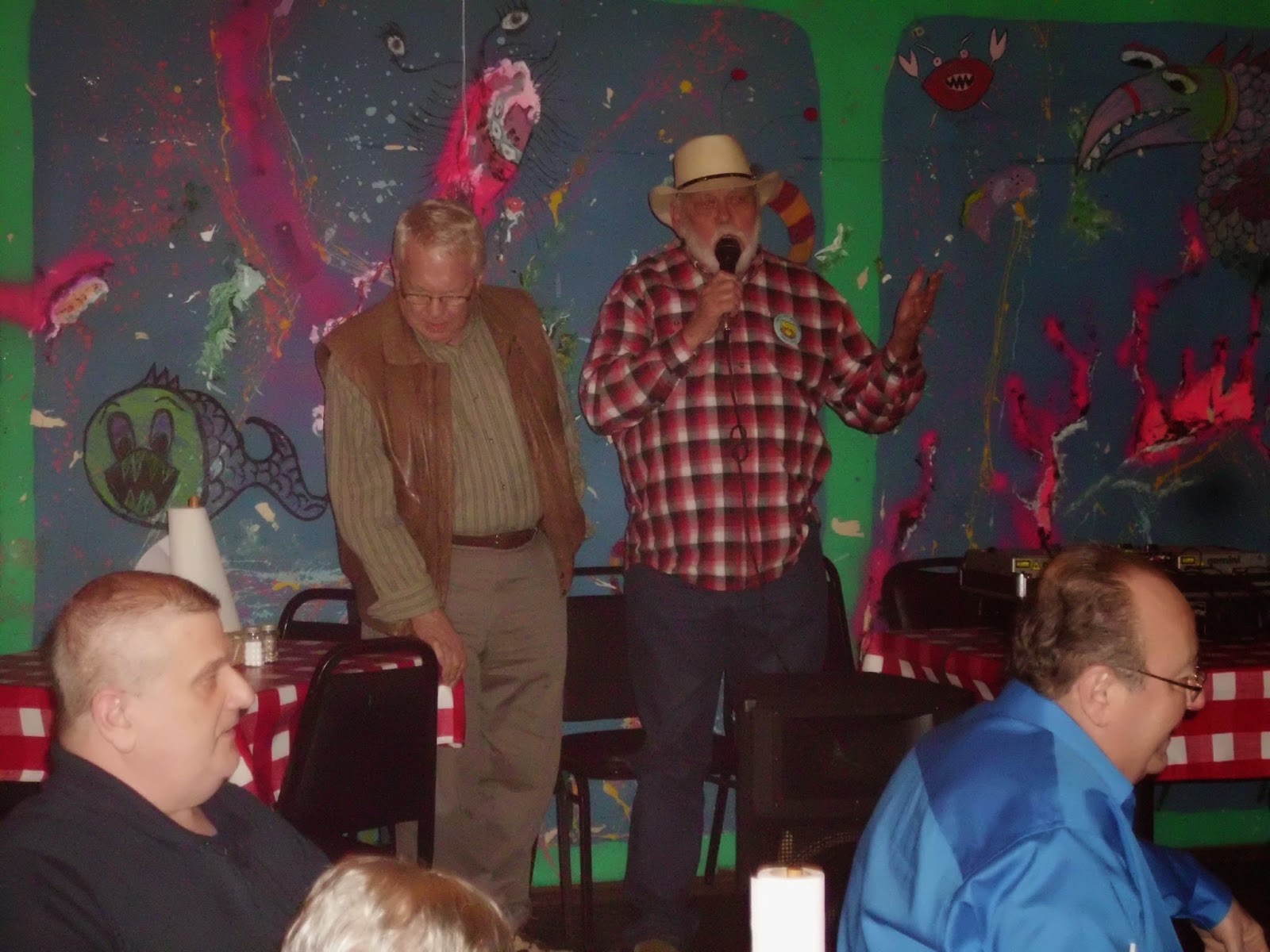 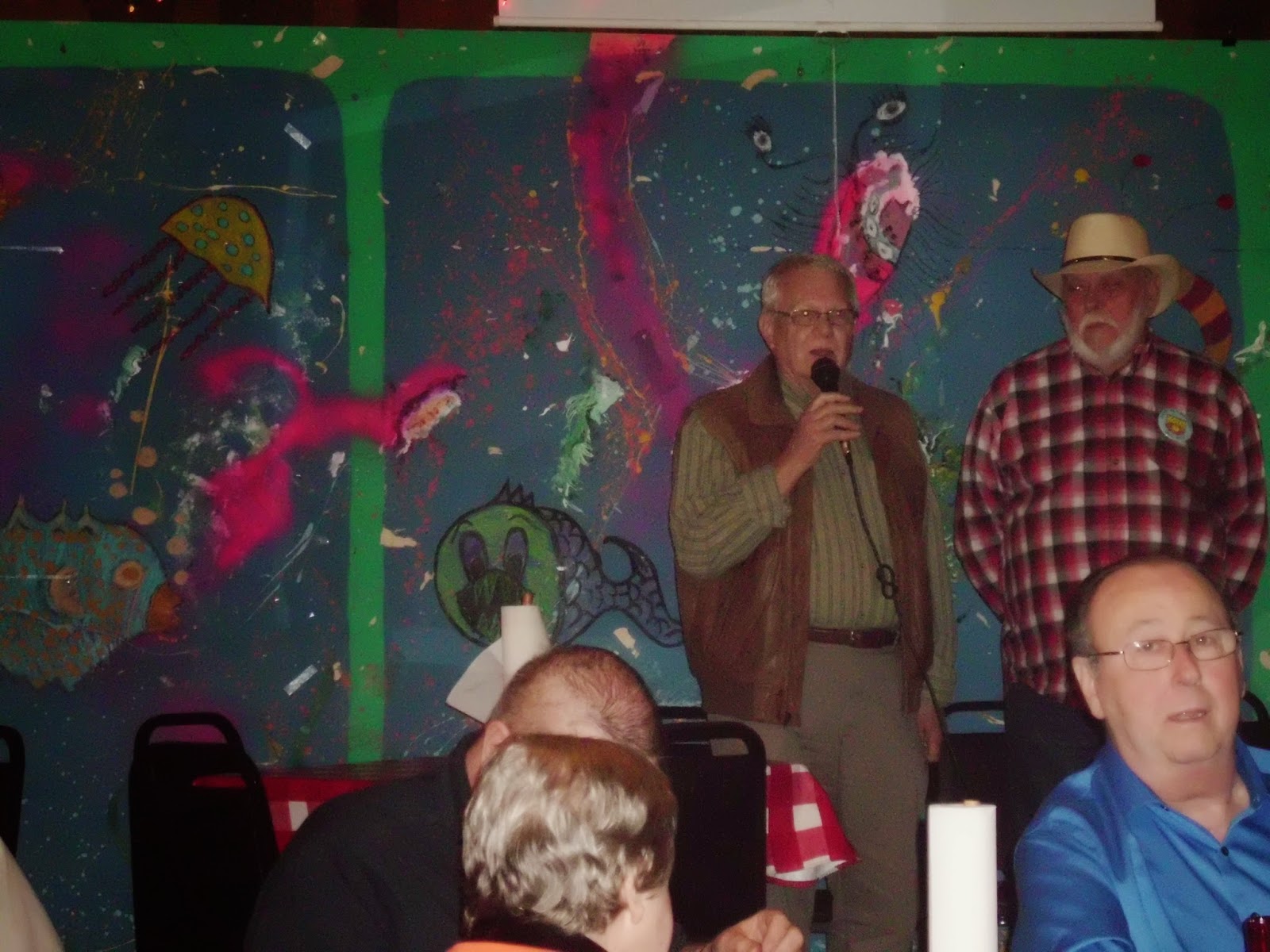 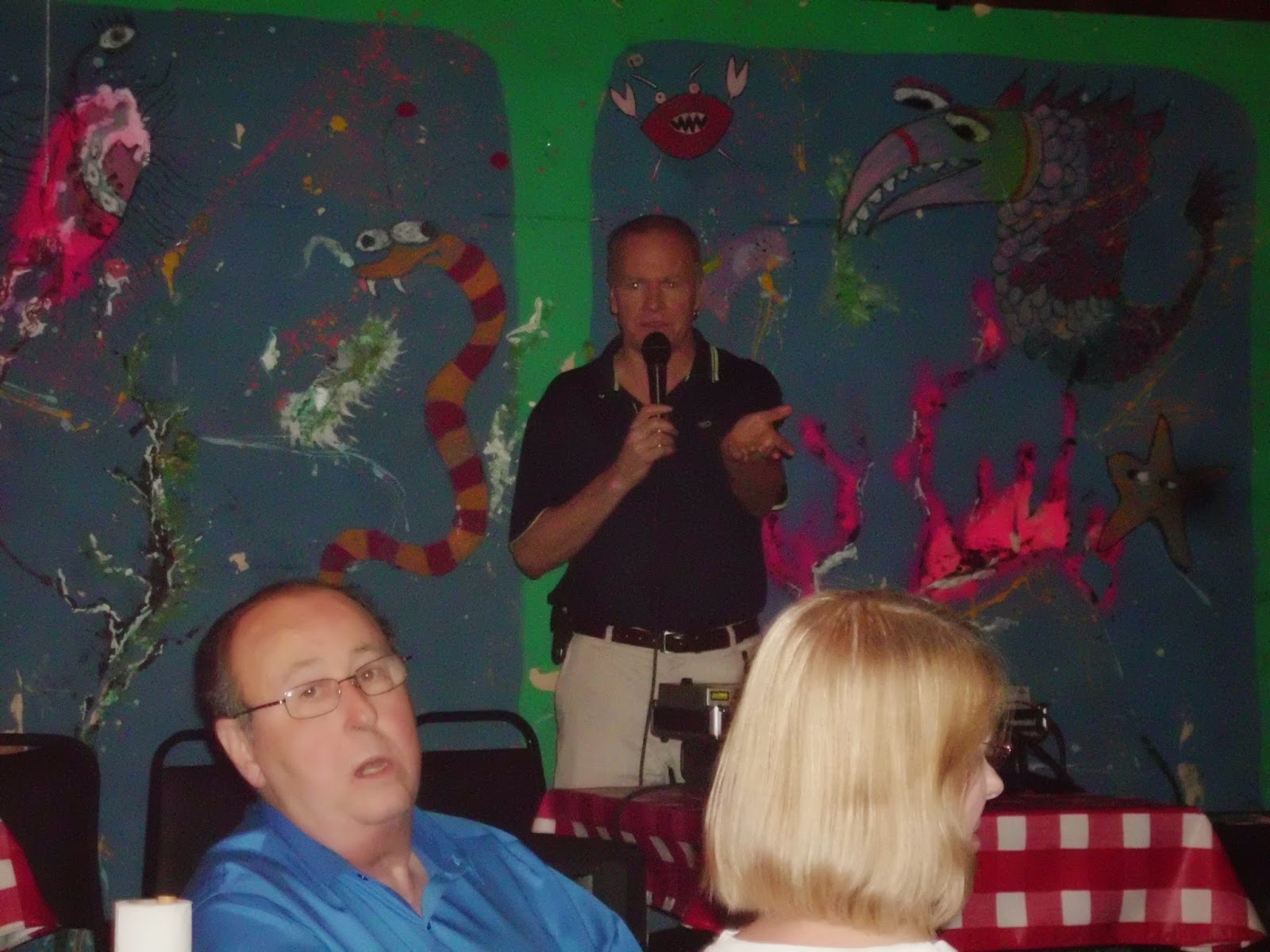 Clyde Clifford telling his story about the final night of the old KAAY. 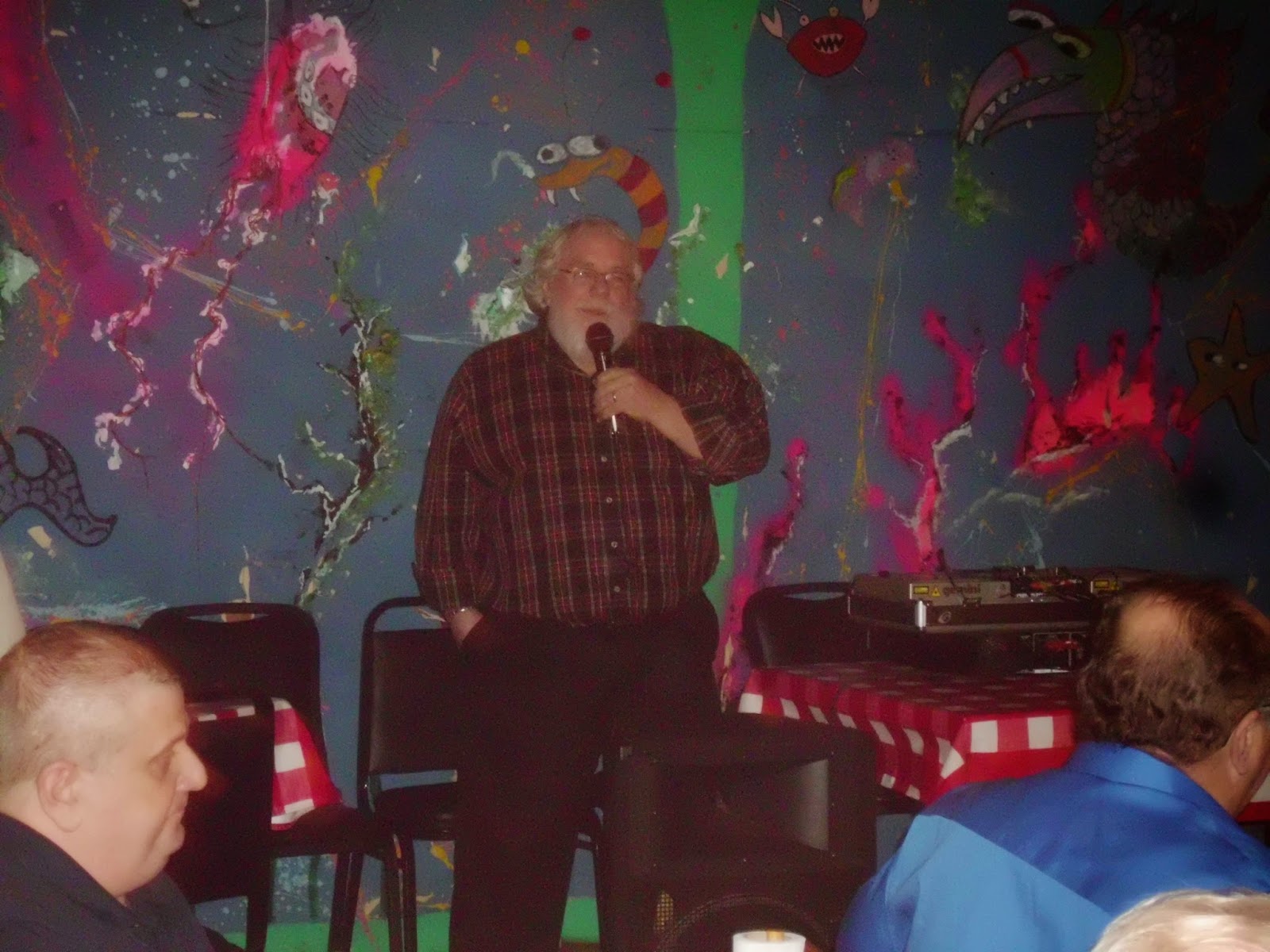 Felix McDonald and his family were sitting to the left of the stage, right before Felix started making his way around the room. 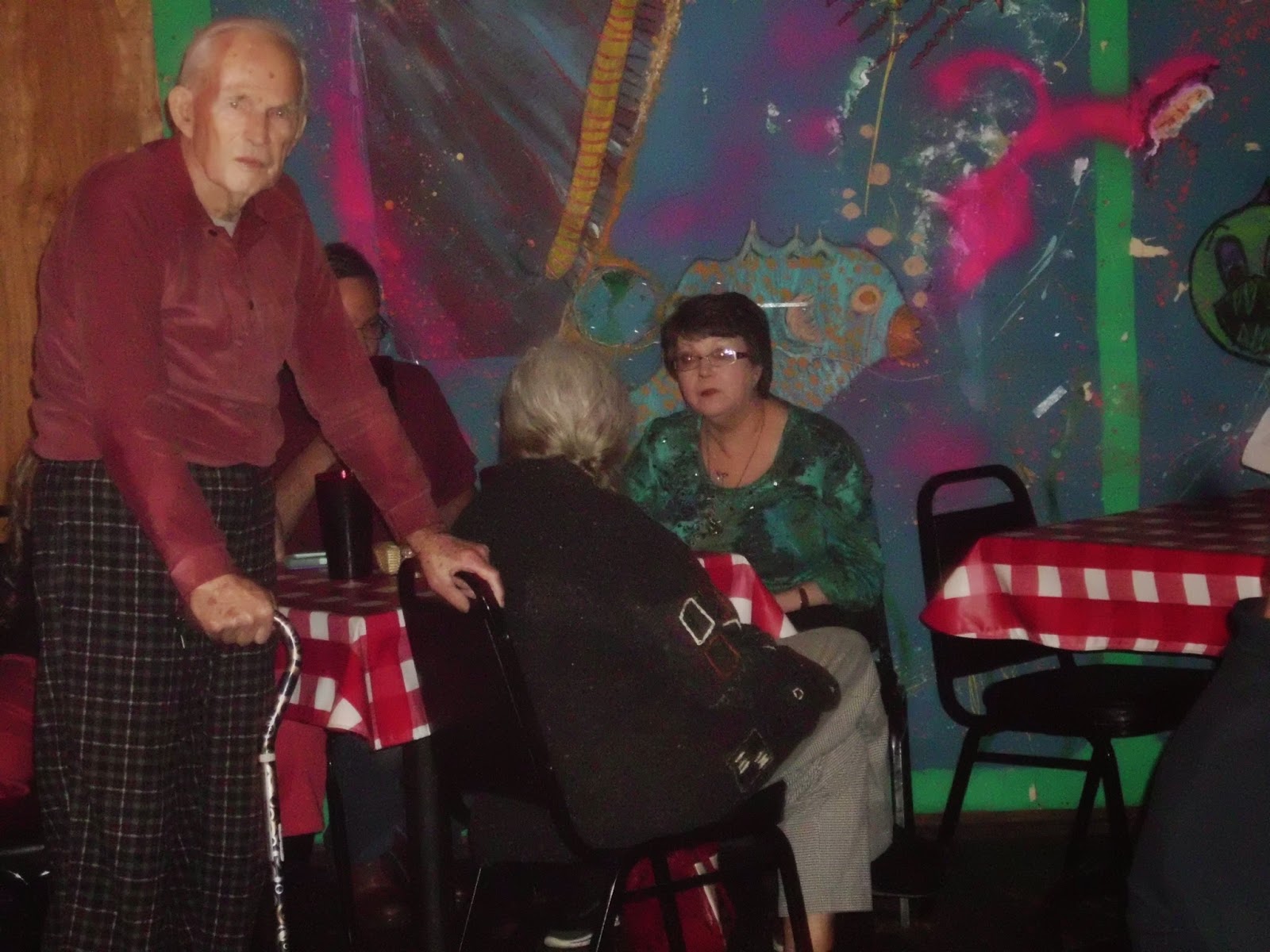 Finally Rex Nelson is speaking, is very knowledgeable of everything Arkansas.  Had held various media jobs over the years and telling about his days of listening to KAAY.  His most important line was that the old KAAY still is alive is each and every one of us." 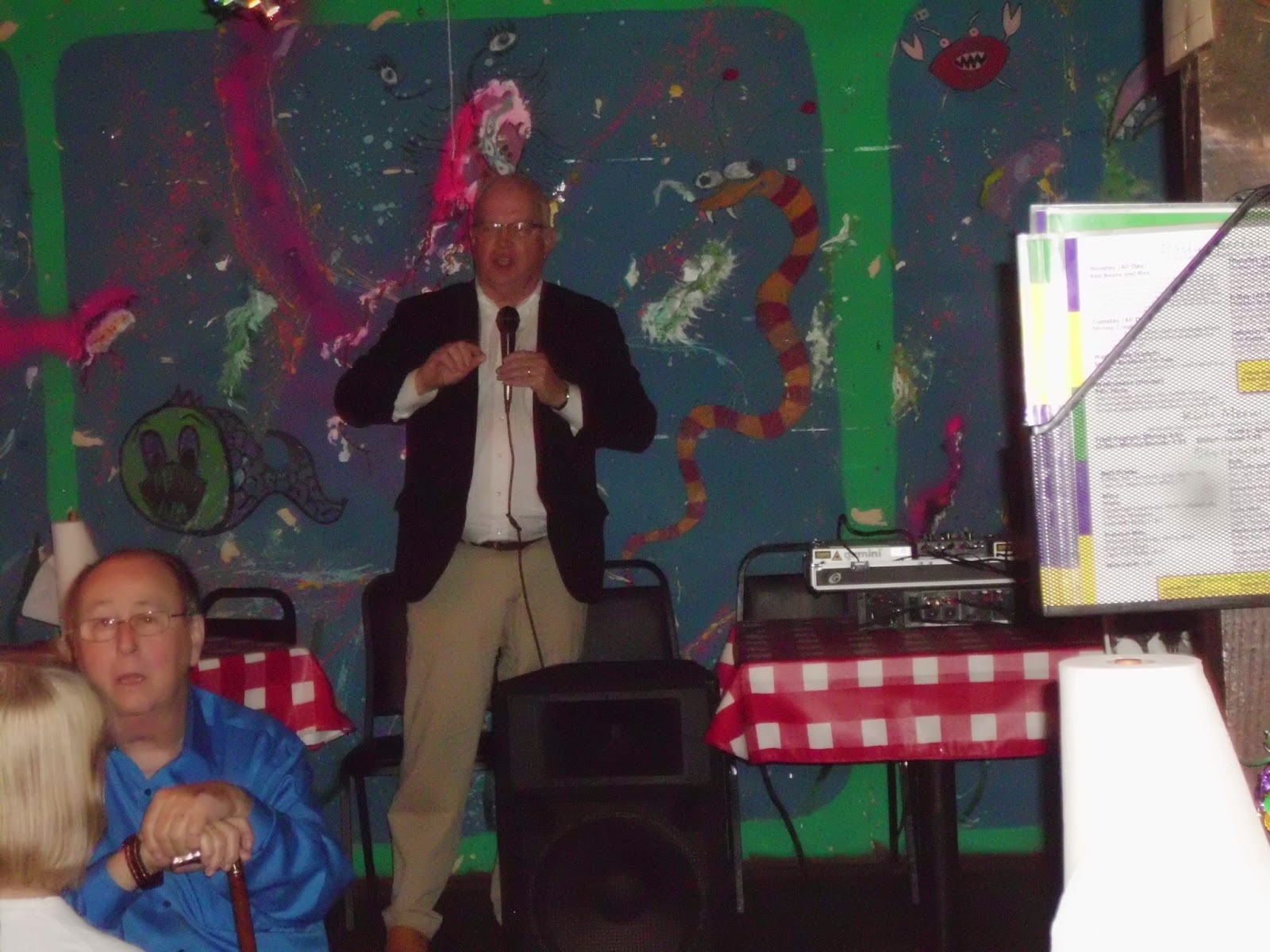 David B. Treadway was unable to make an appearance because of company arriving all the way from Scotland... but I'll bet if he were to have made it, would have been another powerful personality in the room; he mentioned regretting not being able to come.  AND, for your further enjoyment, here is a link from Michael Hibblin's report on UALRE Public Radio- listen to the audio!

Thanks again to conttributors Doug Virden, Barry McCorkindale and Michael Hibblin- and to those who attended!  Also thanks to Greg Barman for his great assistance.  May KAAY's memories live on forever!