Dave M. has sent me some cool information on how they had to "detune" structures, such as their own towers at KAAY, nearby water towers, and the like, so that the radio station's radiation pattern would fit within FCC guidelines.  The reason other structures had to be treated in this manner was also to protect other radio stations from their radiation pattern.  To put this simply (and it is no simple matter!), any nearby metal structure can change a station's pattern, causing it to fall outside FCC guidelines, which could have serious consequences!

KAAY would detune two of their three antennas to get their circular daytime pattern and bypass the tuning for their nighttime figure-eight pattern.  There was also a water tower, shown in the pictures, which had to have a detuning network to stop it from being resonant (working like an antenna) on 1090.  Click on the picture(s) and look close and you'll see the wires and stand-offs holding them away from the water tower's legs: 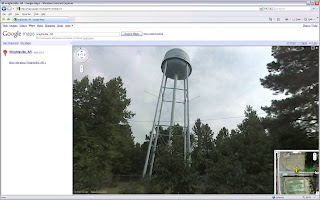 Dave says this is a view of the water tower in Wrightsville at the corner of 2nd and Locust Streets, and KAAY is about 1/2 to 3/4 mile to the left.

Here is another picture of the water tower and a satellite view of KAAYs antenna array: 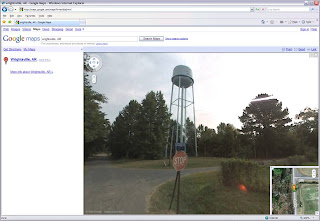 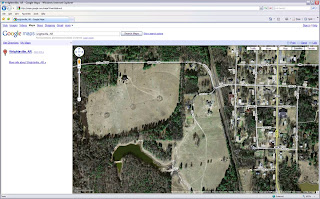 Thank you, Dave!  Dave also sent in an excellent paper on detuning; I'd be glad to forward it on to anyone who would like a copy.