Folks, dear reader and visitor, you probably have realized that I don't toot my own horn; I tend to magnify Those Who Were There and their history and stories.  I've been told by many that, by my being out front on this blog, I should be lauded for my efforts in keeping this blog alive, bringing previously-lost/mislaid/forgotten history of KAAY.  Humbly, I must say that it is my love of this station, and Those who I listened to, as the reason for my doing so.  One must enjoy what he does and I do enjoy bringing this to you.  If this is a labor of love, then may I labor a long, long time....

Jerry Sims snapped some photos of me while at the transmitter site in Wrightsville.  I barely remember any of it, since it was such a heady visit; I was concentrating on getting photos of Them while we were There!  Needless to say, Jerry said I need "face time" here on the blog, so here I am....

...in front of the RCA transmitter: 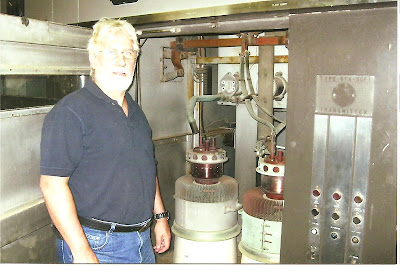 And later, as we were in the rear of the transmitter, myself and David B. Treadway: 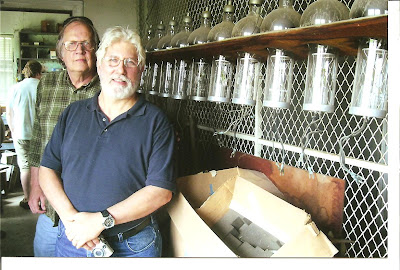 Notice all those rectifier tubes next to us in the rack?  Still ready to go, I'll bet! Over David B.'s shoulder in the next room is his son Matt..

After we went outside, Jerry yelled at me to wave, and I did...as I was eyeing the far east antenna: 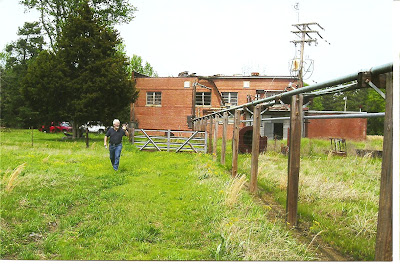 That was behind the transmitter building in the edge of the "antenna farm".  I'd gotten one of Jerry right about this time, as well...see him in one of the "Tuesday" posts.

After we found Glaspie's grave, Jerry got me to pose there, as well: 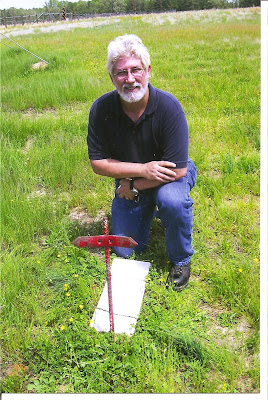 ...and he got a much better picture of the site than I did: 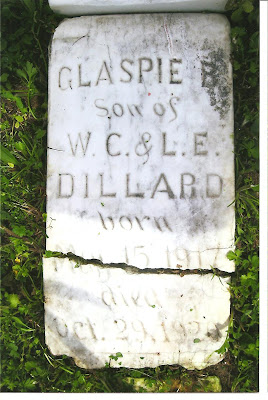 Glaspie, bless his soul, never realized he'd be such a celebrity, nor connected with such a historical station, did he?

After we got back to the building and we got some other pictures, Jerry got me with the old West 7th Street sign: 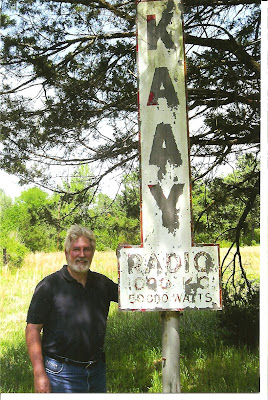 By gosh, that sign has weathered some storms, hasn't it?

Thanks to David B. Treadway and Jerry Sims and Gordon Stephan of Citadel for getting us access to the transmitter site and allowing me to tour it with them.  What a wonderful time we had- I wish we'd have had another full day there, not just a couple of hours.  What a wonderful place, full of memories, of fun times, of spooky times, of great signals launched all over this hemisphere.

That's my "face time" here on the blog for now...I hope I haven't hurt your eyesight.