What a trip...something I'd fantasized about all my life, practically...and I'd walked in the shadows of Giants!  Jerry Sims, in his humble way, said that they were just very lucky guys who happened to work at a great radio station, and that I'd walked in the station's shadow.  Nonetheless, I still maintain their status was that of gigantic proportions...no matter if they were the only ones in a darkened studio, transmitting to 40 states and 29 countries.

I wanted to share a few things that we'd gleaned from a trash heap and a present to myself and David B. Treadway by Jerry Sims...remember that shnazzy KAAY pen Jerry sent a picture to us for the blog awhile back?  Well, he presented one each to David B. and I, "...because we could appreciate them." 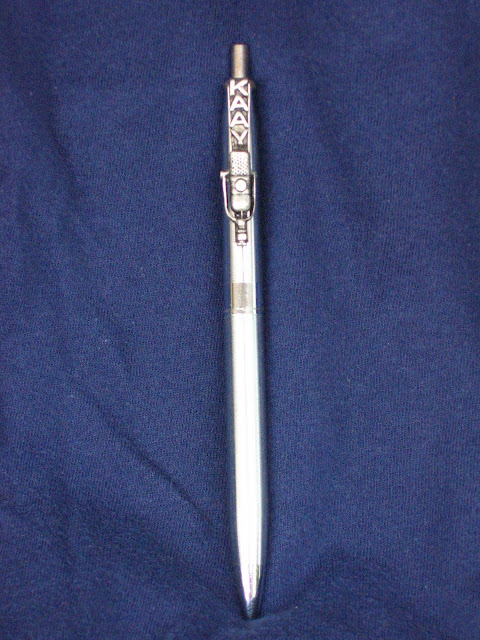 Wowza, what a treasure!  Thank you, Jerry!

Of the items we gleaned from basically a "throw-away pile" were the following...one of the half-wave rectifier tubes: 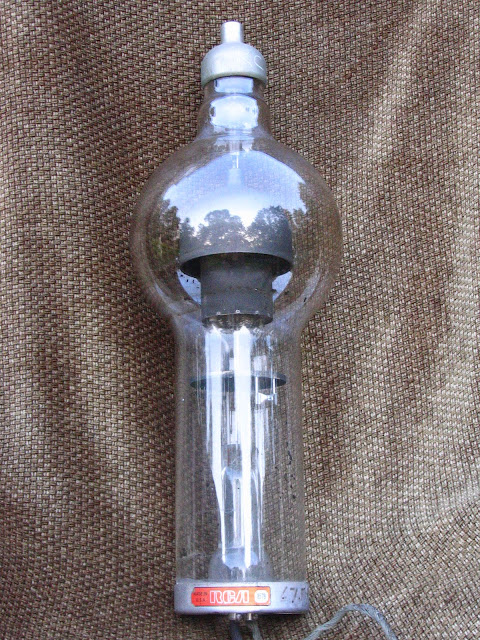 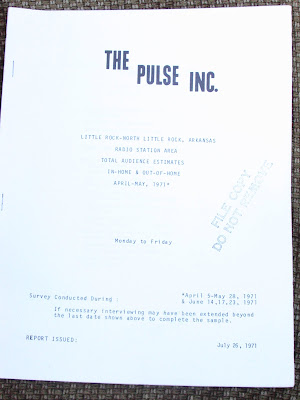 ...a sales folder that fit into a drop-file, describing all of KAAY's attributes: 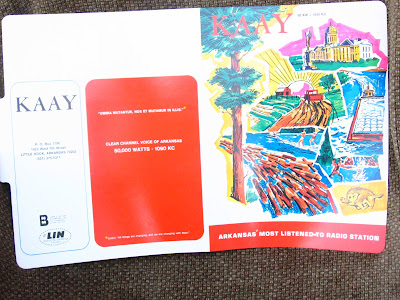 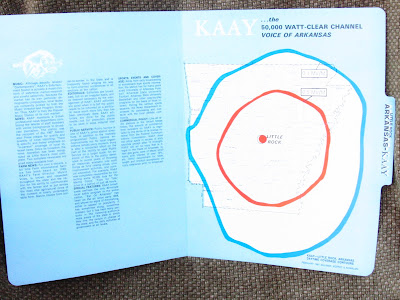 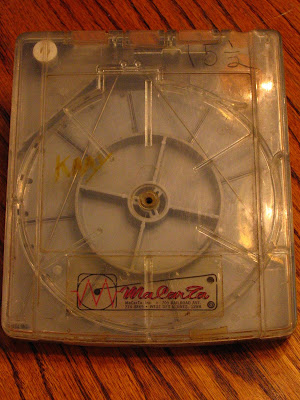 Some of these things may not seem like much to some people, but they are like bricks in a building when someone collects mementos...these items, and many more are often thrown away by incoming and outgoing administration, never realizing they're throwing away history.  I'm glad we could share them with you.