XELO and the Border Blasters

As most readers of this blog know, south of the U.S. border were radio stations that broadcasted far beyond the 50,000-watt limit assigned to U.S. clear-channel stations like KAAY.
These "border blasters" typically operated at 150,000 watts and directed northwards their mix of music with relentless ads for dubious medical cures and cosmetics.

Here is a short intro from the Modesto Radio Museum web site (http://www.modestoradiomuseum.org/border%20index.html):

Many radio broadcasters in the 30's moved South Of The Border to avoid Broadcasting regulations and liability. So-called Mexican "Border Blasters" were licensed commercial radio station that transmitted at very high power to the United States of America from various Mexican cities near the border beginning in the 1930's and continuing into the 80's. There were many such stations licensed by Mexico's Secretary of Communications and Transport (SCT) using transmitters with an output far in excess of licensed commercial stations located within the USA. The primary reason for the high powered stations was to escape United States regulations regarding power and frequency assignments.

As was the case between the 1930's and the 1970's, some border blasters in areas near larger American border cities such as San Diego are leased out by American broadcasting companies and air English-language programming targeting American audiences. The American side leases the station from the Mexican station owners/licence holders and feeds programming from their American studios to the Mexican transmitters via satellite.

Perhaps the most famous personality from the Border Blasters was Wolfman Jack, who broadcasted from XERB. You can read about the Wolfman's colorful life south of the border at these links:
There is a great book by Gene Fowler and Bill Crawford, Border Radio (Univ. Texas Press 2002); see http://www.utexas.edu/utpress/excerpts/exfowbor.html

But the topic of this post is XELO, one of the historic Border-Blaster stations.

XELO was originally in the Tijuana/Rosarito area of Baja California, Mexico. Later, it moved to Juarez. It was notable for its mix of music and those aggressive advertisements, and perhaps its most famous presenter was Woody Guthrie, who spent three tumultuous weeks at the station: 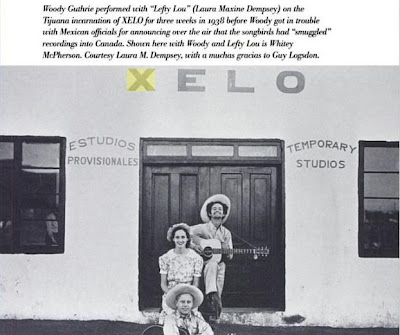 Woody was arrested and expelled from the country by Mexican police, who misunderstood his jest, after receiving some fan mail from Canadian listeners, that "he smuggled some songs into Canada"! See this link at Google books for the details.

XELO had a huge broadcast range, as shown by this graphic: 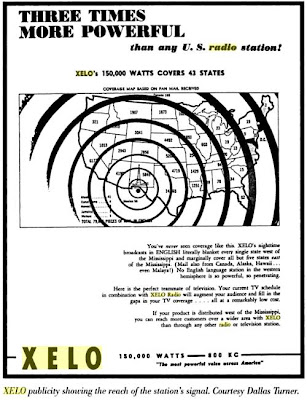 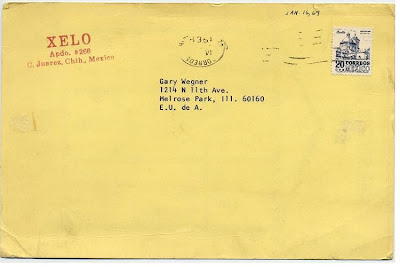 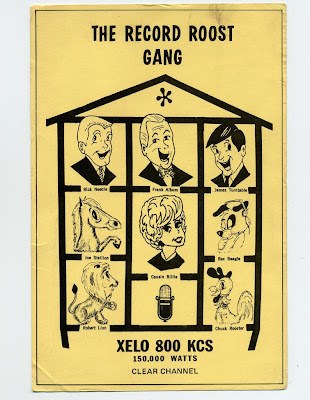 Wow --- 150,000 Watts for this cast of characters! This was not at all unusual in the glory days of the Border Blasters.

Thanks to Ron Henselman for forwarding this material!

P.P.S. The photo and XELO graphic are from a Google Books page documenting the Fowler and Crawford text. It is not my intention to violate anyone's copyright, so these will disappear if the authors request that I remove them. (In the meantime, I suggest you buy their book! :-)