Ok, ok, we were running around a little disorganized, but there was so much to see...I'd later told Jerry and David B. that I wished I'd had another complete day to slow down and look around (I later found out that I missed a key area of the transmitter building..more on that later!).

Here's some "cheesecake" photos of Giants when we went back upstairs: the RCA, David B. and Jerry: 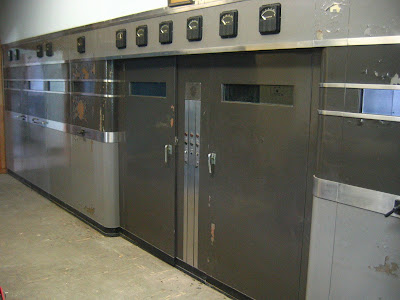 I didn't get back far enough to get all of the transmitter into focus; I should have tried harder....

Here's David B. hamming it up for us in the next two photos: 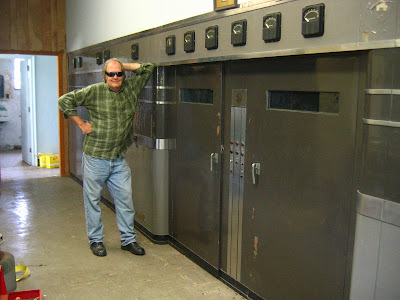 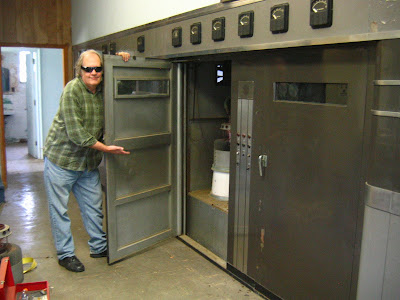 Just look at that salesmanship!  If I had the cash, I'd buy that transmitter, David B.!

And here's Jerry in front of the transmitter; giants, once again together: 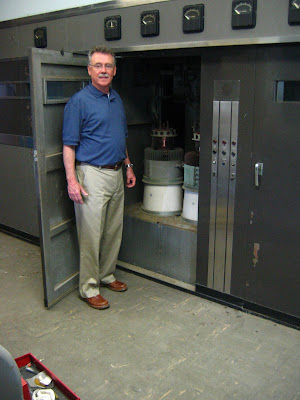 Jerry has made mention several times to me how he took phone calls from people all over the country, who thought KAAY was one great party palace when, in reality, it was one young, lucky guy who was in a darkened studio, running things by himself...and his voice was projected over half the globe by this wonderful RCA transmitter!

Sadly, the badge is missing in the next photo, but if you have zoom capabilities, you can see the imprint, which says, "TYPE BTA 50F 1 TRANSMITTER" and "RCA" should have been in the round spot: 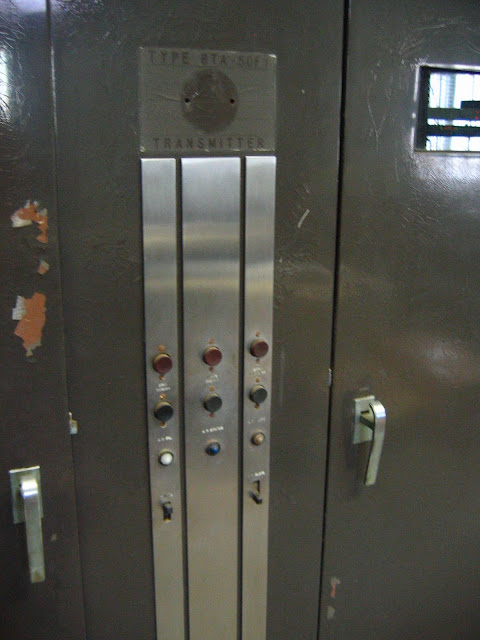 There's much, much more to this historical tour, so please stay tuned!