My Trip To Little Rock: Tuesday, We Go Outside

Some of you have seen pictures, maybe a little dated, of the transmitter building.  Here are some as we went back outside, before going out to the "antenna farm": 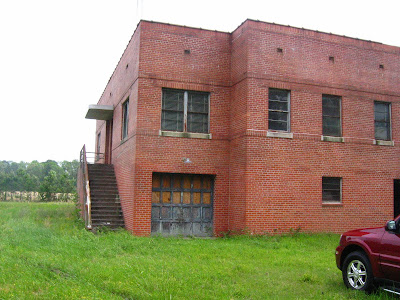 Yes, the building is a little dilapidated, but it was built so well back in the late '50s, it could easily be renovated, in my opinion, not bulldozed.  I'm not a building inspector, but from what I could see, the main structure was very sound. 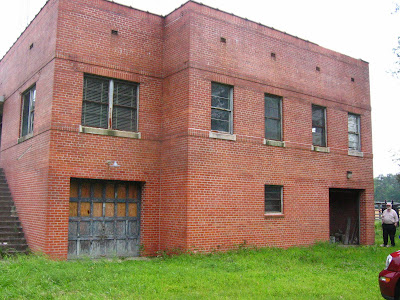 Again, Gordon Stephan standing at the corner near the roll-up door.  David B. and I viewed the building from the rear as we went out to the antennas and the roof needed repair in a bad way....

Now, here's a relic: the West 7th Street sign!  David B. Treadway and Jerry Sims are posing with the sign: 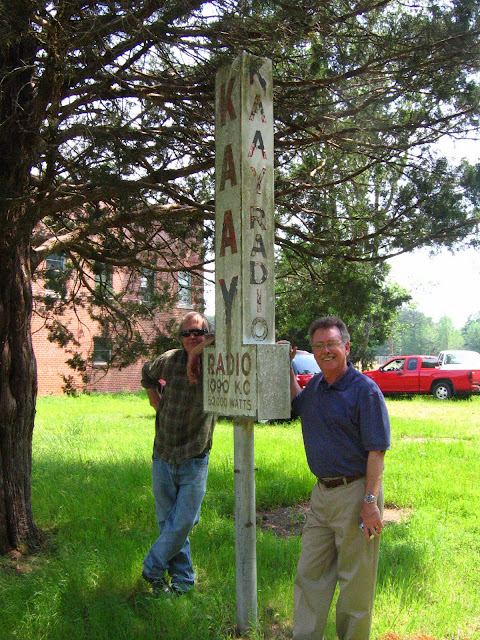 The poor paint is peeling, but it could be cleaned up carefully and touched up and would make a neat historical piece!  Awhile back, we posted an old photo of the West 7th Street studio with the sign: 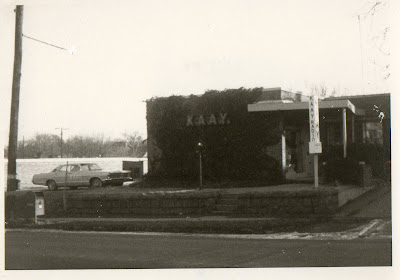 You'll see this picture again soon, on this tour.  Next, we're out on the "antenna farm"!