I couldn't get over the massive proportions of the antennas.  Yes, I'd been around antenna systems all my life, but mostly on the Ham radio level, some commercial, but these structures are massive!  I am not sure what's been replaced over the years, or if much had to be replaced at all, but you can tell that everything here is strong, tough and resilient...

Backing up a bit, here are the feedlines as they exit the building, with the east tower in the background: 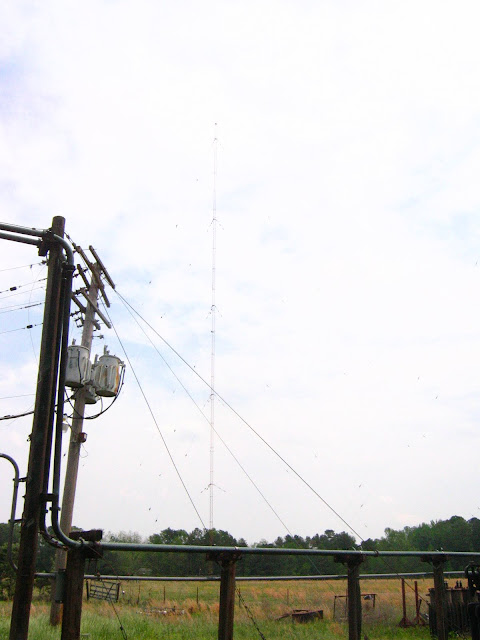 And as we approached the west antenna, you can see the damage done on the right, where the vandal ripped the old feedline out of the wooden sockets of the supports: 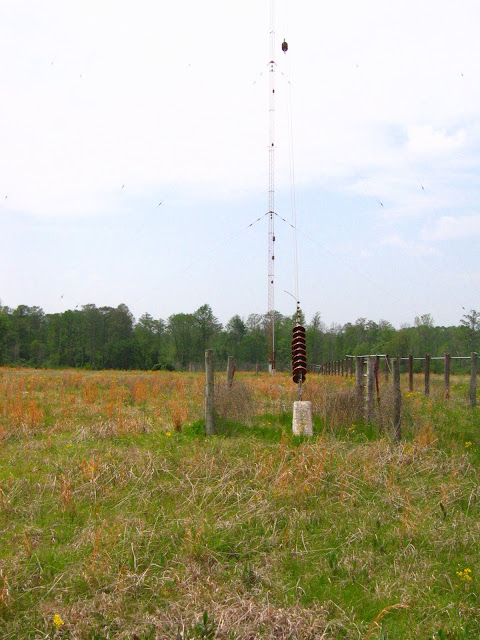 Those insulators at the bottom of the guy wire are massive, as was the concrete anchor...you had to be there.  Absolutely impressive....

And looking almost straight up at the west antenna: 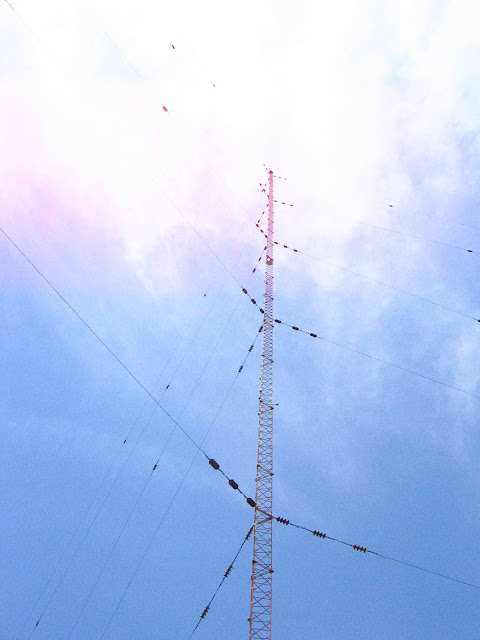 The sky at this point is a little misrepresentive of the impending weather, but it seemed things cleared and made way for us to have a great outing...I am so thankful, as Jerry was concerned about us coming to Little Rock and our trip being impeded by bad weather.  It did turn off bad later this particular evening, but I'll get back to that later.

Here's looking back at the center and east antennas...again, they are so massive: 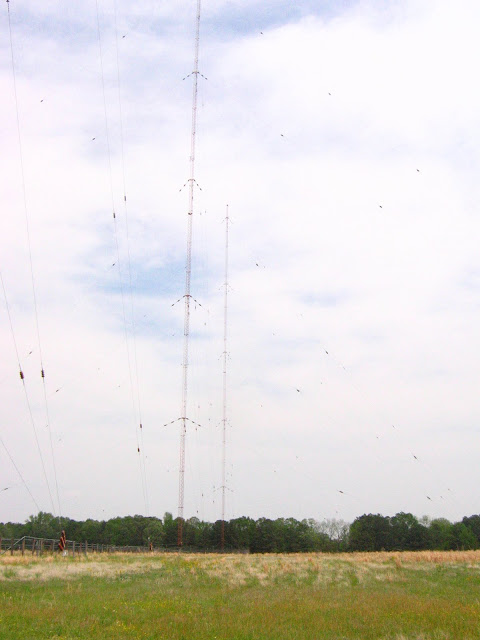 Now, by today's standards, there are larger, taller structures.  There is a TV tower to our east in neighboring Baldwin County, Alabama on "transmitter hill" which is 1500+ feet tall- and there are others taller there and around the country still, than KAAY's towers.  All perform mightily in their own right.  KAAY's towers have withstood the test of time, storms and the everyday elements.  These are the towers that launched those beloved signals that we fans listened to day in, night out and the voices of Those Who Were There, whether they consider themselves great or not, launched in spirit halfway around this globe, by these towers.  Just standing in their shadows meant something to me and Them.  This is hallowed ground.

Just a little point of business: these towers had to be registered with the Federal Communications Commission as separate and distinct structures and those registration numbers are displayed on the gate.  It may not be of much interest to some, but it is another piece of history that must be preserved: 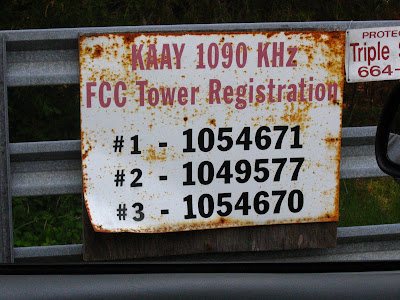 Next, we have a little fun!  We prove a legend, so don't touch that dial!