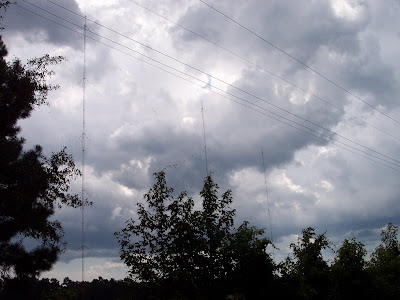 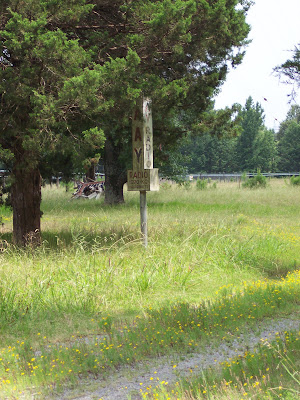 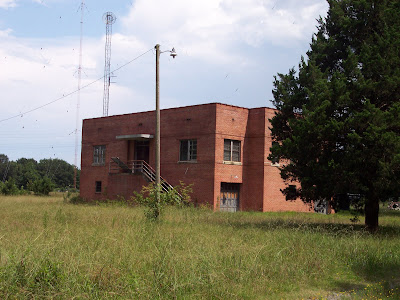 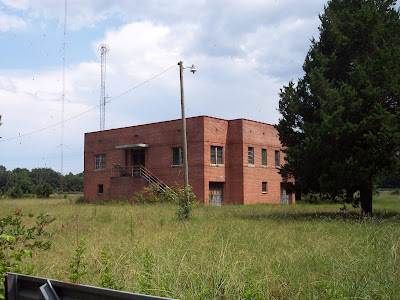 Several contributors have added to this blog, in regard to the mammoth 50,000 watt transmitter, which sent the signal of KAAY programming over most of Arkansas during the daytime hours, and throughout the Western Hemisphere and beyond at night. I thought some of the readers of this site might enjoy seeing the building in which that huge piece of equipment was housed. The top photo shows the three towers on the property. The second is a sign just past the locked gate, in the driveway to the structure. The transmitter building for the station is located at Wrightsville, Arkansas, some 20 minutes from downtown Little Rock. It is a two-story, brick structure, complete with a bomb shelter, emergency broadcasting equipment, an emergency generator, workshop, equipment storage, music library and an apartment for the resident transmitter engineer. These photographs were shot during the summer of 2007. This was during my first visit to see it, when I also interviewed Felix McDonald, the original transmitter engineer for many years, who lives about a half-mile from the building. According to several sources, McDonald kept the grass mowed, and the entire area, both inside and out, in immaculate condition. He was a stickler for the entire transmitter complex and grounds (which was HIS baby), and believed it keeping it neat, clean and in good repair. As you can see, the site has not been cared for in that manner, probably beginning when Felix retired a few short years ago. As a former engineer and host of "Beaker Street," Tom Rusk said, "Companies and people just don't take pride in their work today. The condition of the transmitter building and surrounding area is just sad to see today. Felix McDonald took great pride in the part of KAAY operation that he supervised. In today's corporate environment, we just don't have that anymore." Of course, this building is where the program "Beaker Street" originated, and where Clyde Clifford and others gave us underground radio programming from 1966 until 1977. The studios in LIttle Rock were where most of the programming originated, but this area represents the heart of the KAAY broadcast operation.
Richard Robinson
Posted by   at 6:03 PM